Tuesday wasn't the best of days on Wall Street, as major stock indexes lost modest amounts of ground. A favorable earnings report from home improvement retail giant Home Depot led to some enthusiasm among investors, but most eyes are focused squarely on the Fed: The central bank is due to release the minutes of its latest meeting later this week. Moreover, some companies saw their share prices drop precipitously on bad news. Madison Square Garden (NYSE:MSGN), Hain Celestial Group (NASDAQ:HAIN), and Sarepta Therapeutics (NASDAQ:SRPT) were among the worst performers. Here's why they did so poorly.

Has Madison Square Garden made a losing bet?

Shares of Madison Square Garden fell 9% after the operator of the landmark arena in Manhattan announced its fiscal fourth-quarter financial results. Revenue dropped 17% from year-ago levels, with the bulk of the decline coming from MSG's sports division. Adjusted operating losses were also much larger than they were a year ago. Even though some of the revenue decline was due to a change in accounting treatment for season tickets, Madison Square Garden also saw significant construction expenses related to its MSG Sphere arena at the Venetian resort in Las Vegas, and investors weren't pleased to see total cost projections rise significantly from previous estimates. 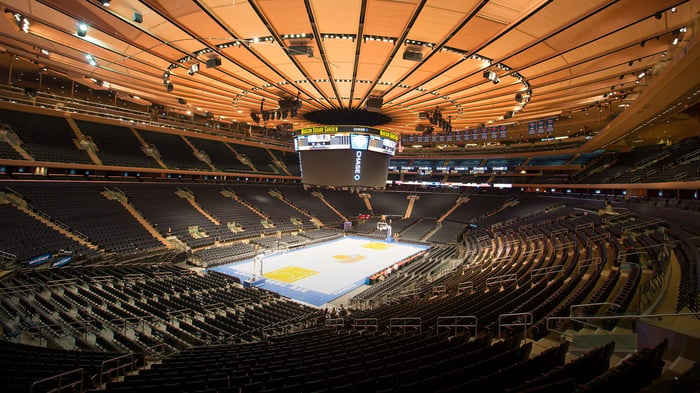 Hain Celestial falls back to earth

Hain Celestial saw its stock plunge 15% after the organic and natural foods specialist got a negative review from a prominent Wall Street analyst. J.P. Morgan cut its rating on Hain Celestial from neutral to underweight, arguing that the looming Brexit crisis in the U.K. could create a further drag on the company's performance going forward. In addition, with the potential for narrower profit margin, Hain could face more pressure. Hain has been stuck in reverse for several years, and it looks like it might take a little longer for the company to get back to a more promising long-term strategy.

Sarepta gets a nasty surprise

Finally, shares of Sarepta Therapeutics lost 15%. The specialist in treating rare diseases got bad news from the U.S. Food and Drug Administration, which issued a complete response letter late yesterday for its golodirsen candidate treatment for Duchenne muscular dystrophy. What really surprised shareholders was that even though the FDA seemed to raise legitimate concerns about safety, the regulatory agency didn't bring those issues up during reviews earlier in the process. Without any clear path to address those concerns, Sarepta investors are worried that the substantial revenue expected from the drug could essentially disappear.