In recent years, Electronic Arts (NASDAQ:EA) has seen its balance-sheet cash grow, margins expand, and the bottom line fatten due to the digital distribution strategy sweeping the video game industry.

With a large portion of annual sales coming from overseas, EA shareholders could benefit under the recently passed U.S. tax act, which substantially lowers the tax rate imposed on offshore cash generated from foreign earnings. 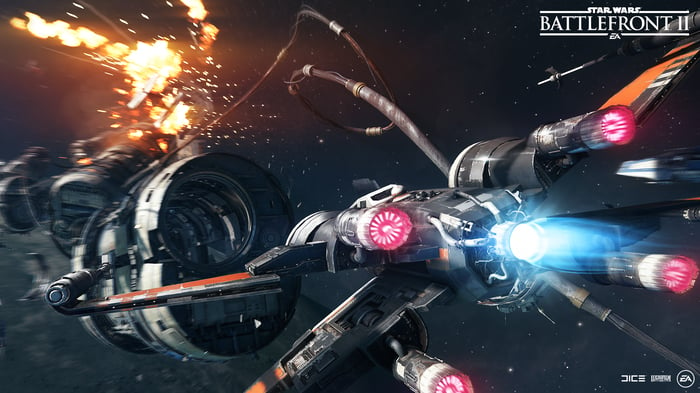 Management reported during EA's third-quarter conference call at the end of January that it was still evaluating the impact the new law would have on its effective tax rate, but any benefit to EA's income may not be significant.

For the first nine months of fiscal 2018, which ends this month, EA's effective tax rate was 18.8%, which, as part of the new tax law, included a one-time transition tax on undistributed earnings of EA's foreign subsidiaries. Excluding this provisional tax, EA's effective rate would have been 11.9%.

EA has plenty of cash overseas

The new tax law imposes a one-time tax of 15.5% on cash held overseas that is brought back for use in the U.S., down from the previous rate of 35%. At the end of the third quarter, EA held a total of $4.884 billion in cash and investments, of which $3.1 billion is held overseas.

After paying the 15.5% repatriation tax, that would leave EA with as much as $2.6 billion -- or 6.7% of its current market capitalization -- to benefit shareholders.

Management is considering a dividend

One of the things it could do with this money is pay a dividend, which would be welcome news to investors.

During the third-quarter conference call with analysts, CFO Blake Jorgensen said, "During the coming months, we'll reevaluate our capital return and investment strategy, including our stock repurchase program and whether we should consider a dividend. ... we would expect to announce any changes on our next earnings call."

Other uses of repatriated cash could be acquisitions, since EA does have a history of deal making, from buying small mobile game studios to big-budget studios that develop games for console.

Other than acquisitions, EA will almost certainly use a portion of this money for share repurchases. Through the first nine months of fiscal 2018, EA repurchased $422 million worth of shares under its current $1.2 billion share repurchase program, which expires in May 2019.

EA investors might be eyeing a dividend as the best use of repatriated cash. Activision Blizzard (NASDAQ:ATVI) is the only video game company among the leaders in the U.S. that has been paying a regular annual dividend, while Take-Two Interactive (NASDAQ:TTWO) pays no dividend. But EA is actually the more cash-rich video game company compared to its peers.

The table below compares the net cash balance on each company's balance sheet after subtracting debt, in addition to each company's trailing-12-month cash from operating activities.

Why EA should pay a dividend

A dividend might be a good move for a couple of reasons. Generally, companies have five basic options for excess cash: reinvest in the business, pay down debt, buy back stock, acquire another business, or pay out dividends.

We can strike out reinvesting in the business, because video game companies are very capital-light businesses. In the first nine months of fiscal 2018, EA generated $1.1 billion of cash from operations but only spent $87 million on capital expenditures.

EA has very little debt, and management is already conducting share repurchases. Which means that unless EA has a big acquisition upcoming, the only sensible thing left to do with repatriated money is pay out a dividend to shareholders.