There are a lot of reasons why investors get excited about a tech company's initial public offering. It could be that they believe the company has a transformative technology that no other company has or a leadership position in a new market. Or it could simply be that investors believe the IPO gives them a chance to get in on the ground floor (side note: An IPO technically isn't the ground floor, unless you believe that share prices can never fall).

Whatever the reason, many investors swoon over IPOs -- but most of the time they shouldn't. Warren Buffett once likened IPOs to gambling. He said a few years ago, "You don't have to really worry about what's really going on in IPOs. People win lotteries every day ..."

Dropbox filed its S-1 prospectus recently, and the company could go public as early as this month. But research, and a little common sense, shows that buying up the company's shares right after they debut probably isn't in your best interest. Here's why. 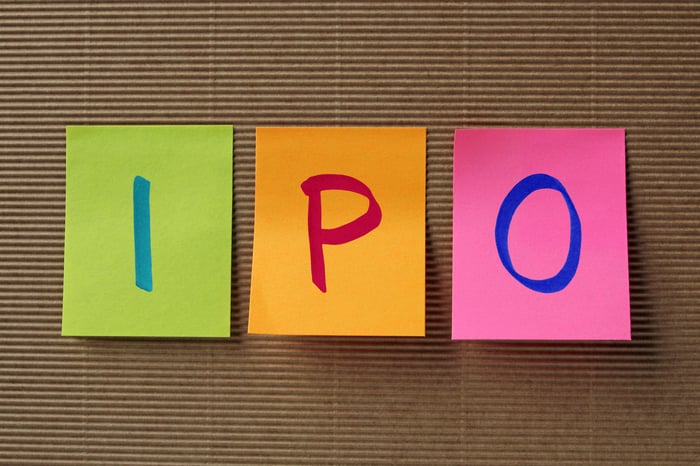 There's generally too much excitement around tech IPOs

While there may not be anything wrong with Dropbox's business per se, there tends to be alot of hype around IPOs -- and technology companies in particular. One of the best recent examples of this is Snap's (NYSE:SNAP) public offering last year. After Snap's first day of trading in Mar. 2017, a New York Times article headline read: "Snap Shares Leap 44% in Debut as Investors Doubt Value Will Vanish."

Of course, the hype eventually died down, and Snap released several quarterly earnings reports showing that its user growth was sliding -- on top of reports that advertisers preferred Facebook's Instagram over Snapchat -- which have led to Snap's shares falling about 25% since that first day of trading. Again, that doesn't mean Snap's business is doomed (though it might be), but there tends to be a lot of excitement around many tech companies' IPOs that can cloud investors' judgement.

A fellow Fool, Dylan Lewis, mentioned recently on a Motley Fool podcast that it's best to wait at least six months after a company goes public before you take a position. This protects you from buying the stock at a time when everyone is trying to get in on it (and usually overpaying) and the company controls the narrative about how well it's doing.

Investors only see a snapshot of the company at IPO time

But we don't know much about the company's performance beyond this snapshot, such as how fast it's growing its paid customers, how quickly they convert into paying customers, what the average user pays, etc.

Even if there are a few years of (limited) data to look at, you're still investing in a company that you don't know much about. Consider that GoPro (NASDAQ:GPRO) was a leader in the action camera space and seemed like a no-brainer investment for many when it went public in 2014. The company's revenue was $985.7 million in 2013 (the last full year before it went public), and it actually had positive net income of $60.6 million for 2013. GoPro also said in its S-1 that it had the No. 1 selling camcorder in the U.S. that year and held 45% of the camcorder market in 2013.

As a result of those financials and the narrative GoPro sold, the company's shares shot up 160% in the first few months after its IPO. But if we fast forward to now, the stock has fallen more than 80% since going public.

We've seen it again and again: buying a stock based on just a handful of metrics in a prospectus filing isn't the smartest strategy.

Dropbox may prove to be a great investment over the long run, and of course, there are examples of tech IPOs that have done really well after going public and have created lots of wealth for investors. But snatching up shares of Dropbox when it debuts is just betting on the company's carefully crafted narrative. Maybe it'll turn out to be a great story, but all we have right now is the preface.