Please ensure Javascript is enabled for purposes of website accessibility
Free Article Join Over 1 Million Premium Members And Get More In-Depth Stock Guidance and Research
By Chris Neiger - Mar 8, 2018 at 11:58AM

Hewlett Packard Enterprise's ( HPE 1.20% ) shares jumped 13.4% in February, according to data provided by S&P Global Market Intelligence, after the company released its first-quarter fiscal 2018 earnings report that included the announcement of an upcoming $7 billion share repurchase plan and dividend increase.

Investors were likely pleased to hear that HP would return $7 billion to shareholders in its fiscal year 2019, through a 50% dividend increase that starts in the third-quarter fiscal 2018, and through share repurchases. This follows a previous dividend increase the company announced toward the end of last year. 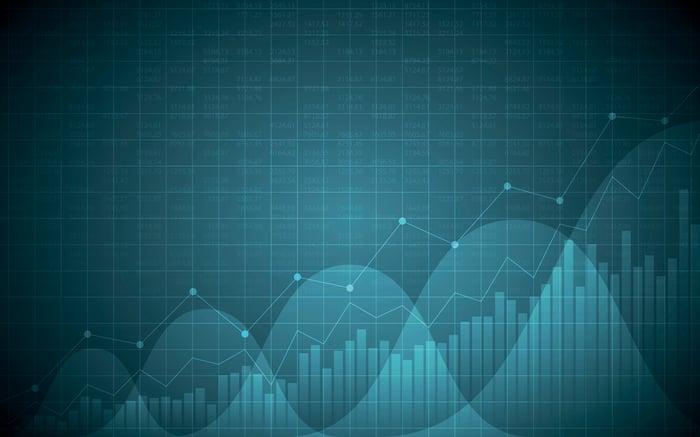 HP shareholders probably also appreciated the fact that the company's sales grew by 11% in the fourth quarter, to $7.7 billion, which outpaced Wall Street's consensus revenue estimate of about $7.07 billion. The company beat earnings estimates in the quarter as well, delivering non-GAAP diluted net earnings per share of $0.34, compared to analysts' consensus estimate of $0.22.

HP's shares have made a modest gain of just over 2% in March, but it's unclear whether or not investors will continue their optimism in the coming months. HP's management said that non-GAAP diluted earnings per share will be in the range of $0.29 to $0.33 in the second quarter, which could represent a significant decrease from the $0.35 per share the company earned in the year ago quarter. But for now, investors have been happy to see HP return substantial capital to its shareholders and grow its sales across all of its key business segments.