Why bother having cable TV when you can just have Amazon.com (NASDAQ:AMZN)? A lot more people may be asking themselves that as the online retailer further broadens its outlook on just what its Prime membership program can offer.

Amazon announced it secured nonexclusive U.S. rights to broadcast pay-per-view packages of Ultimate Fighting Championship (UFC) live events. While you won't actually need a Prime account to view the fights, they'll be available on Amazon's Prime Video site, meaning you'll need a device that can stream Prime movies. The cost will be $64.99 per fight card. 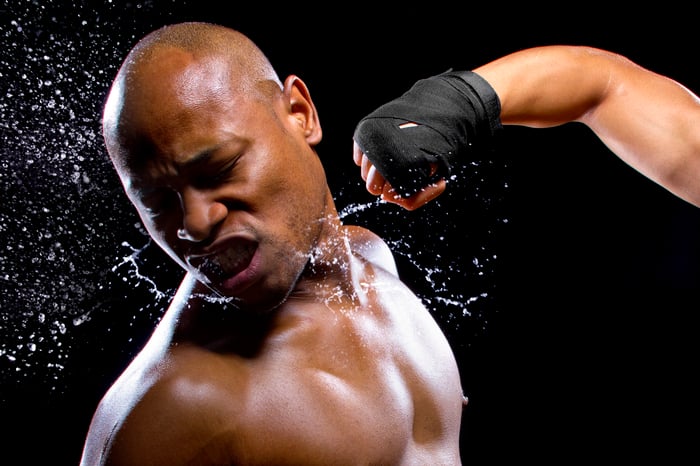 Increasingly, Amazon has been invading onto cable TV's turf, all the while fending off encroachment by on-demand streaming platforms such as Netflix, Apple, and Hulu. As it adds sports packages to its sizable movie lineup, which includes a lot of its own original content, the once bright-line demarcation between streaming service and cable blurs further.

Last year the e-commerce leader secured the global live-streaming rights to 11 NFL Thursday Night Football games for the 2017 season, paying $50 million to replace Twitter, which had paid $10 million, and it's negotiating for the 2018 season.

In addition to sporting events, it also offers original reality TV programming, such as its NFL series All or Nothing, along with Le Mans: Racing Is Everything and Grand Prix Driver. These series are not sports programming, in a narrow sense, but they indicate just how important sports broadcasts are to the viewing audience.

A sports channel to rule them all

Sports packages are arguably one of the most valuable services cable TV operators offer. Disney's (NYSE:DIS) ESPN is the crown jewel of sports programming, and operators like Charter Communications and Comcast pay a premium price to offer the family of channels. 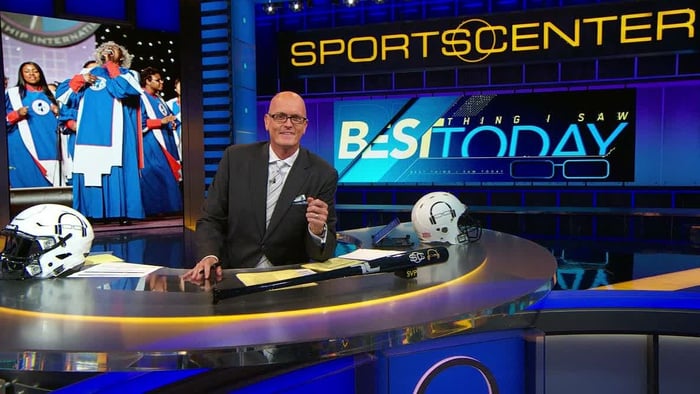 Business Insider reported last year that typical cable subscribers who had sports networks programming available paid $0.26 on their cable bill for CBS Sports and $0.28 for baseball's MLB Network, but that Fox Sports cost each subscriber $1.86 per month and ESPN cost $9.06, or well more than eight major sports networks combined. Analysts estimate that, based on available subscriber numbers, ESPN could make as much as $8 billion in TV-rights fees for Disney.

Because Disney is getting into video streaming itself with its own network to rival Amazon and Netflix, the fees it earns could be placed at risk if cable operators drop the channels because they don't want to support a competitor.

Amazon.com doesn't have that problem, and its sports offering can only hasten the cord-cutting wave. If sporting events are the main reason some people subscribe to cable, and they can soon get the programming elsewhere, there'd hardly be a need to have a cable-TV bill at all. AT&T (NYSE:T), for example, lost 1.2 million pay-TV subscribers last year as they severed their relationships with DIRECTV and IPTV.

These are just baby steps Amazon is taking at the moment. The UFC and pay-per-view by themselves won't make people cut the cord, as they account for small (but profitable) subsets of the total viewing audience, but because the move narrows the distinction between the programming Amazon.com and the cable-TV operators offer, there is increasingly less reason to pay for cable on top of the $99 you're already paying for your Prime membership. (And you get free two-day shipping on top of that!)