Please ensure Javascript is enabled for purposes of website accessibility
Log In Help Join The Motley Fool
Free Article Join Over 1 Million Premium Members And Get More In-Depth Stock Guidance and Research
By Jordan Wathen - Mar 11, 2018 at 9:00AM

The U.S. stock market is massive, but the bond market is even bigger.

Collectively, publicly traded companies make up a massive part of American wealth. All domestic stocks listed on U.S. exchanges were worth as much as $27.4 trillion, according to the 2017 SIFMA Fact Book. In contrast, the bond market is much bigger, valued at as much as $38.5 trillion.

But these figures mean nothing in isolation. Let's add some context to these numbers so you can grasp just how big the financial markets really are in the United States, and around the world.

According to the World Bank, there were 4,331 publicly traded companies in the United States in 2016. But in terms of market value, only a small percentage of these stocks add up to much more than a rounding error. 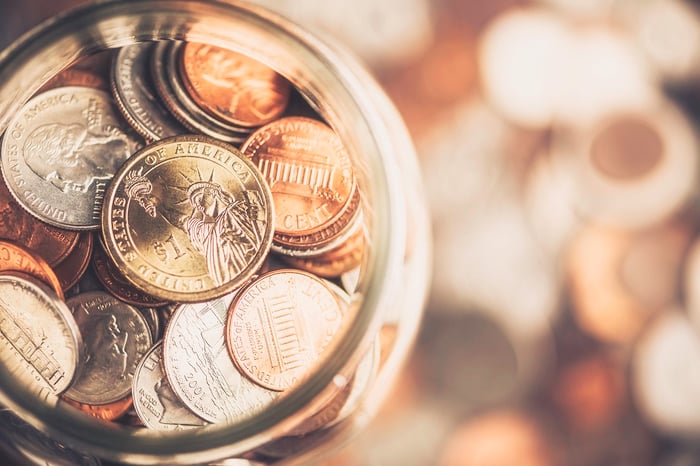 The S&P 500 is generally considered the large-cap stock index in the United States. The 500 companies that make up the index together make up 80% of all stock market value. Therefore, the remaining 3,831 companies together add up to only about 20% of the stock market's value.

That's why the media generally focuses on the S&P 500 as a barometer of U.S. stock market performance. The index encapsulates the vast majority of stock market wealth, so the S&P 500 has become predominant market index in the United States.

The bond market is even bigger than the stock market

The boring old bond market doesn't get as much attention as the stock market, but it is the largest market in the world, far bigger than the stock market in terms of market value. That's because the bond market includes debt issued by governments -- federal, state, and local alike -- as well as some consumer debts, such as auto loans, credit cards, and mortgages, that are packaged into securities. 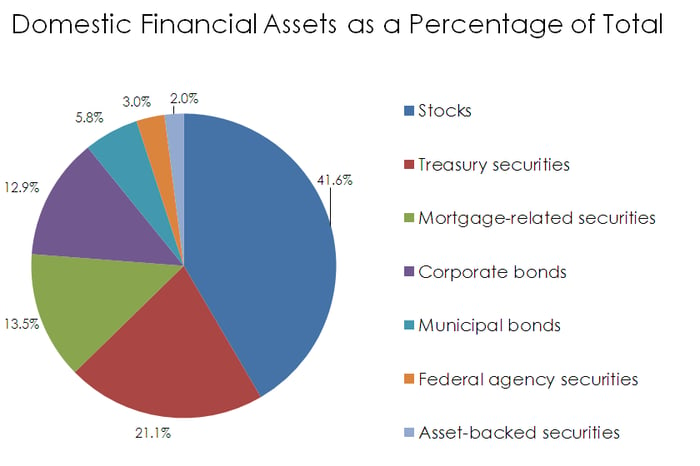 The pie chart shows the breakdown of financial assets by type. U.S. Treasuries (i.e., pure federal government debt) is valued at roughly half as much as all domestic stock outstanding. Mortgages rank third behind stocks and U.S. Treasuries.

Most people probably don't realize that somewhere out there, their mortgage, car loan, or credit card may play a part in backing the value of a bond, but that's precisely why the bond market is so much bigger than the stock market. Stocks are just ownership of companies. The bond market is made up of debt owed by governments, companies, and individuals.

Though the United States has only 5% of the world's population, stocks on U.S. exchanges make up about 42.7% of the world's stock market value. Thus, investors who own only U.S. stocks are limiting themselves to stocks that together make up a fraction of all stocks outstanding. 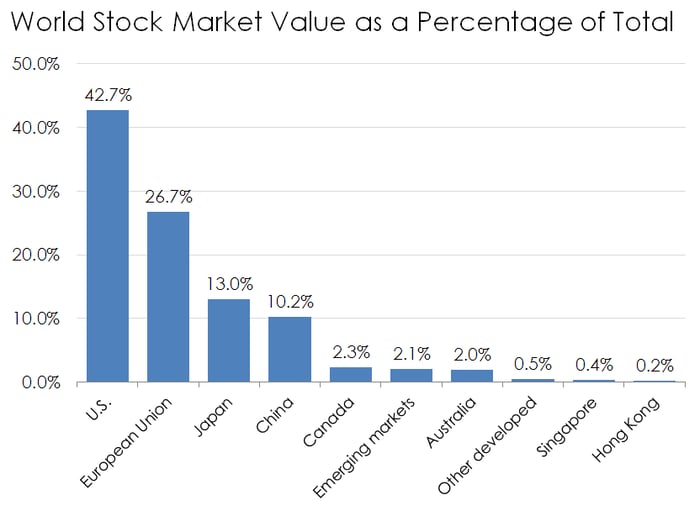 Of course, most people find that shopping for foreign stocks individually takes too much time and can be a costly endeavor, since brokers often charge higher commissions to place trades overseas. Thus, most people turn to funds to invest in foreign stocks.

A fund such as Vanguard FTSE All-World ex-US Fund, which holds stocks in developed and emerging markets all around the world, makes owning foreign stocks easy and inexpensive. A small investment in this fund would immediately make you part owner of more than 2,400 companies, all of which are listed on markets outside the United States. It doesn't get much easier than that.

The stock market is one of the greatest wealth generators of all time, allowing individuals to own a piece of some of the world's dominant companies with as little as $100 or even less. With a few clicks, you can own a slice of capitalism in the United States and all around the world.