Look at how the monitoring specialist boosted sales but struggled on the bottom line.

Monitoring equipment in remote locations can be tricky, but Mistras Group (MG -1.11%) has made technological advances to offer its clients the ability to make sure all of their equipment runs smoothly and effectively. With a variety of different applications for customers in different industries, Mistras has a degree of diversified exposure, but a substantial amount of its business has been with energy companies that themselves have been going through tough times lately.

Coming into Monday's fourth-quarter financial report, Mistras investors wanted to see good results across the income statement. Although top-line growth was impressive, Mistras wasn't quite as profitable as some had hoped. Let's take a closer look at Mistras Group and what its latest results say about its future. 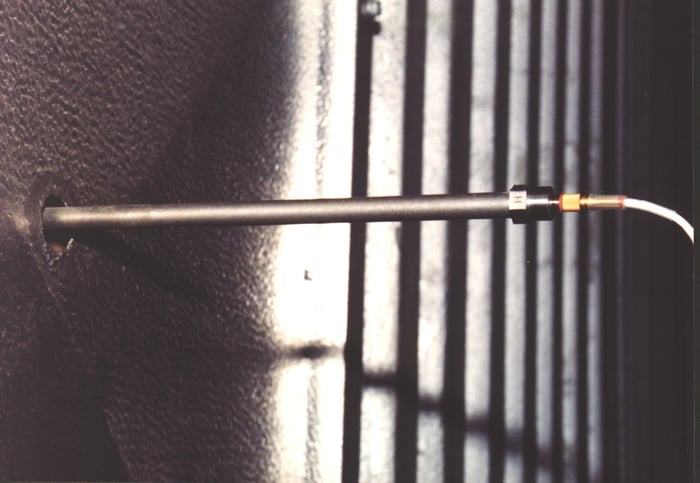 Mistras Group's fourth-quarter results were mixed in most observers' eyes. Sales were substantially higher, rising 10% to $187.6 million and topping the consensus forecast among those following the stock by nearly $10 million. Yet although adjusted net income more than doubled from year-ago levels to $4.4 million, the resulting adjusted earnings of $0.15 per share fell short of the $0.19 per share that most investors were looking to see.

Tax reform had a slight negative impact on the company. Mistras said its net income got reduced by $1.6 million, or $0.05 per share, because of the revaluation of deferred tax attributes related to the new tax laws.

From a fundamental perspective, Mistras Group got most of its growth from its services business. Segment revenue jumped 17%, gaining ground both from acquisitions and from solid organic growth trends. Profit margin also climbed substantially, helping the unit's operating profit to double from prior-year levels. Products and systems also did reasonably well, with a 5% revenue boost helping the division to break even compared to a year-earlier loss.

Yet the international segment was where things went badly for Mistras, with a 13% drop in revenue coming from weak performance in the U.K. and Germany. Even a falling dollar couldn't overcome the downward impact of contraction in organic revenue.

CEO Dennis Bertolotti called out the services segment as a key element of Mistras' holding up well. "As expected," Bertolotti said, "market conditions throughout the second half of 2017 turned positive compared with an unusually low level of prior-year activity." The CEO also said that acquisitions over the past year have done well.

Mistras is optimistic that improving conditions in the areas it serves will contribute to future growth. In Bertolotti's words, "Given stable petroleum prices, a growing aerospace business, and our push into mechanical services expansion, this should enable strong improvement in 2018 and in the years to come." Cost reduction efforts are also helping to keep Mistras well-positioned for better bottom-line performance.

However, Mistras Group recently announced that a large customer would stop using its services later this year, and that showed up in its 2018 guidance. Mistras sees the services segment boosting sales by 1% to 3% in 2018, with further operating margin improvements. International sales should rise 10%, but the products and systems area will see slight declines. More broadly speaking, full-year revenue should come in between $715 million and $730 million, and adjusted pre-tax operating earnings should be between $78 million and $83 million, up 22% to 30% from 2017 levels.

Mistras Group investors have endured mostly stagnant share prices throughout most of the 2010s, and today's announcement isn't likely to break the stock out of its rut. Still, Mistras is working to get itself in position to benefit from strength in the underlying industries that it serves, and if things go well, the company has plenty of room to grow and thrive in the years ahead.