A new report from DIGITIMES asserts that Apple (NASDAQ:AAPL) is planning to launch a "new entry-level MacBook at the end of the second quarter [of 2018]."

The article published by the Taiwan-based media company claims the new computer will be priced roughly in line with the current MacBook Air (which starts at $999), suggesting that the new machine will effectively replace that model. 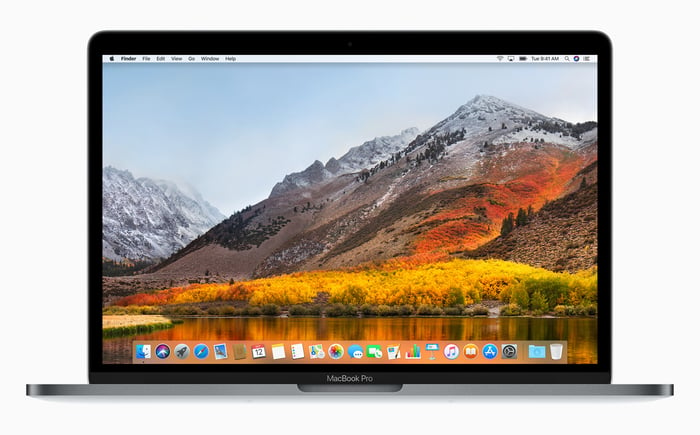 Per DIGITIMES, this computer will have a 13.3-inch display featuring a resolution of 2560-by-1600 -- a substantial improvement from the low-quality 1600-by-900 resolution display of the current MacBook Air.

Apple reportedly aims to ship 6 million units of the upcoming MacBook during 2018, but DIGITIMES Research analyst Jim Hsiao thinks that the machine won't be priced aggressively enough to hit that target: He expects Apple will only ship 4 million units this year.

The overall personal computer market is in decline, so it's unsurprising that Apple would try to introduce products aimed at allowing it to capture share in certain market segments. A new MacBook priced similarly to the current MacBook Air -- one of Apple's best-selling notebooks of all time -- with upgraded internals and a substantially higher-quality screen, could accelerate such share gains.

Right now, Apple has a strong notebook computer portfolio at the higher end of the market -- its MacBook Pros have best-in-class hardware, as does the standard MacBook. However, its aging, entry-level MacBook Air just isn't competitive. The processor inside it is three generations old, the screen is terrible, and its design now looks dated. There are many Windows-based options with superior hardware available for the same price.

Given that Apple has been able to sell this computer in significant quantities despite its obvious competitive shortcomings, a dramatically updated model would likely be considerably more compelling to people who might otherwise have purchased a Windows-based machine.

What this means for Apple's overall business

During its fiscal 2017, Apple generated $229.2 billion in revenue. Of that total, $25.85 billion, or approximately 11%, came from Mac sales. That figure encompasses all of the Mac lines -- MacBook, MacBook Air, MacBook Pro, iMac, iMac Pro, and other products. So the impact that one new MacBook could have on Apple's business is likely quite low, given that the whole category represents only a small portion of its sales.

On top of that, since Apple sells a significant number of higher-end computers, the potential impact of an updated, entry-level MacBook on the Mac business alone doesn't seem likely to be huge.

To be clear: Apple's Mac business should benefit from having a more competitive entry-level laptop offering. The introduction of such a computer could help Apple gain market share, and encourage owners of older MacBooks to upgrade. However, in the grand scheme of things, it isn't going to make or break any Apple-related investment thesis.