Sometimes investors hang their hats on the slightest bit of good news. That appears to be what happened in February when shares in BJ's Restaurants (NASDAQ:BJRI) jumped after the chain reported its fourth-quarter earnings.

The restaurant chain saw its total revenue fall by 1.7% in Q4, but that number was deceptive as last year's quarter contained an extra week. If you exclude that week, sales actually rose by 6.9% compared to the year-ago period. In addition, comparable-restaurant sales rose by 1.6% for the quarter. 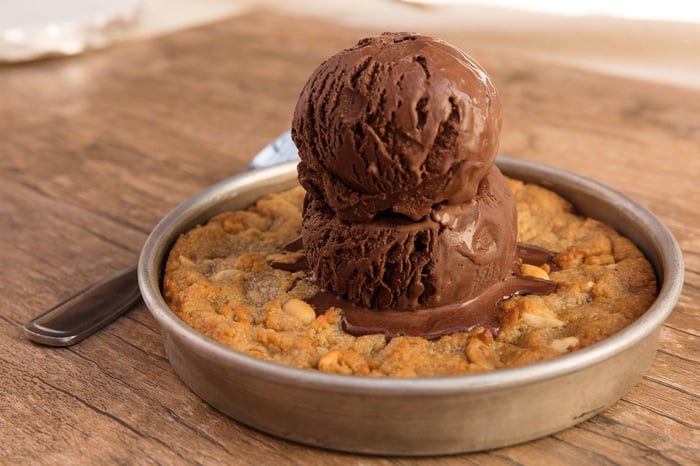 CEO Greg Trojan was happy with the results. In his remarks in the earnings release, he basically said that the company was operating according to plan.

"This past year we undertook a series of challenging initiatives to continue our quest to be the leading casual dining concept," he said. "Our team members embraced this challenge as they learned and mastered new cooking methods, became proficient at taking orders on handheld devices and reorganized their processes to bring efficiencies to our growing off-premise revenue stream."

While the actual profits were small, investors were clearly happy with the company. Shares in the restaurant chain closed January at $37.75, then climbed to $43.50 at the end of February, a 15% gain, according to data provided by S&P Global Market Intelligence.

In 2017, BJ's rolled out a new slow-roast menu. It also added delivery at many of its locations. So far, those initiatives have been successful, but it's still very early in the game to know if they will work long-term.

The Q4 results show that the chain may have turned a corner, but things could easily still go south. These are encouraging numbers, but certainly not proof of a long-term turnaround.