Sometimes investors ignore an entire earnings report to instead focus on one metric that may or may not tell an important story. That can be same-store sales, but in the case of Walmart's (NYSE:WMT) fourth quarter, it was digital sales growth.

In an otherwise strong quarter, Walmart's digital sales growth slowed in Q4. After multiple quarters of over 50% growth, the company only posted a 23% year-over-year gain in digital sales in Q4. In addition, the retailer forecast 40% growth for its next fiscal year.

CEO Doug McMillon did not directly address e-commerce in his remarks in the Q4 earnings release. Instead, he focused on the chain's overall goals.

"We have good momentum in the business with solid sales growth across Walmart U.S., Sam's Club and International," he said. "We're making real progress putting our unique assets to work to serve customers in all the ways they want to shop." 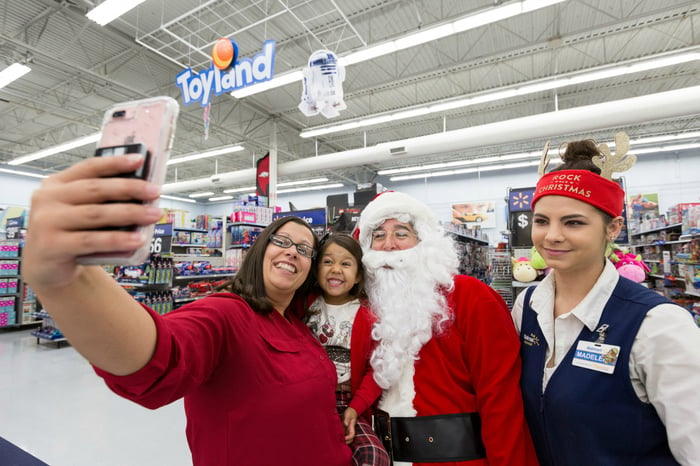 The holiday season did not contain as much digital growth as some investors expected. Image source: Walmart.

Despite those strong numbers, shares in the company fell after the company reported on Feb. 20. After closing January at $106.60, the retailer's stock dropped to $90.01 at the end of February, a 15% drop, according to data provided by S&P Global Market Intelligence.

Investors are afraid that the slowdown in digital growth means that the company's overall plan isn't working. The reality is that Walmart has done an excellent job of creating an omnichannel shopping experience. Lines are blurring between whether a sales counts as brick-and-mortar or digital.

There will certainly be bumps ahead for the retailer, but its overall sales growth, comp store, and traffic improvements tell the whole story.

Digital growth remains an important metric, but it's part of a bigger whole. This is a short-term sell-off that the company will recover from once it shows that it can sustain growth across its entire business over multiple quarters.