It's been just over a month since Apple (NASDAQ:AAPL) reportedly hit 36 million subscribers for Apple Music, and services chief Eddy Cue just disclosed at SXSW that Apple Music has hit 38 million paid subscribers. Apple Music and Spotify are both growing, and the Mac maker continues to maintain a proportion of having about half as many paid subscribers as its larger rival. Spotify, which needs to go public within a matter of months, had 71 million premium subscribers at the end of 2017 and has likely added a few million in the months since.

In an encouraging sign, Apple Music growth appears to be accelerating. 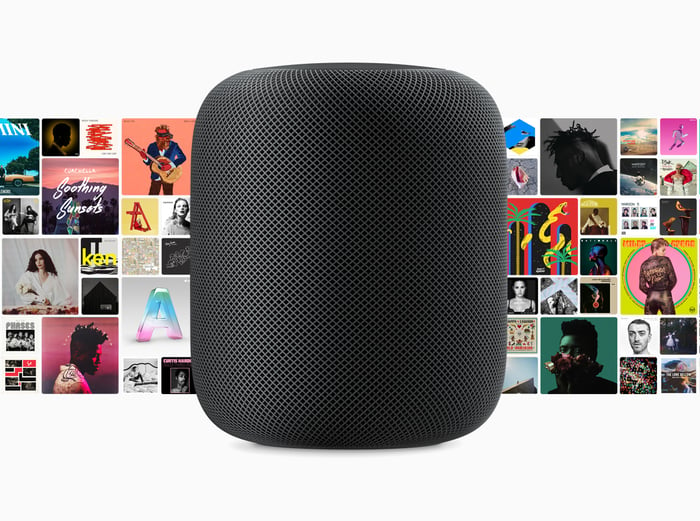 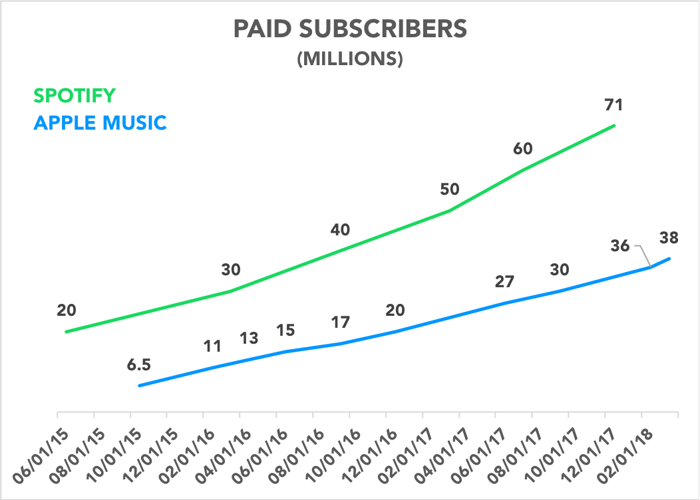 That might seem like modest acceleration at best, but every little bit helps as Spotify continues to grow and maintain its lead, thanks in part to growth in emerging markets that Apple addresses poorly since it does not have a free, ad-supported tier.

Apple Music is one of the most important pillars of the company's growing services business, which is now a $31 billion segment in terms of trailing-12-month revenue. Investors don't have a breakdown of the Apple Music subscriber base (i.e., how many people subscribe for a discounted annual plan or are part of a family plan), but a given user pays at most $120 per year ($10 per month). At that ceiling, Apple Music could be enjoying a revenue run rate north of $4.6 billion. Not bad for a service that was started less than three years ago.

Still, Spotify enjoys several advantages that are derived from strategic differences. Apple Music is available on Android, but that's about as far as the service goes with cross-platform support. Spotify has a massive stable of third-party integrations that guarantee its ubiquity, including all of the top smart speakers on the market.

In contrast, Apple Music is mostly reserved for the company's HomePod, and don't expect the service to get official support from Amazon.com's Echo family or Alphabet subsidiary Google's Home family, both of which support Spotify as the default voice-controlled music service. Spotify will benefit by simply going where Apple won't.