Etsy, Inc. (NASDAQ:ETSY) stock climbed 37.2% last month, according to data provided by S&P Global Market Intelligence. Shares gained ground leading up to the company's fourth-quarter earnings release on Feb. 27 and then spiked after the results came in well above Wall Street's expectations. 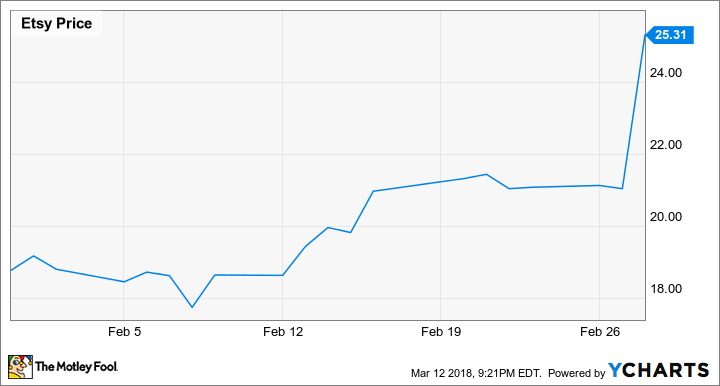 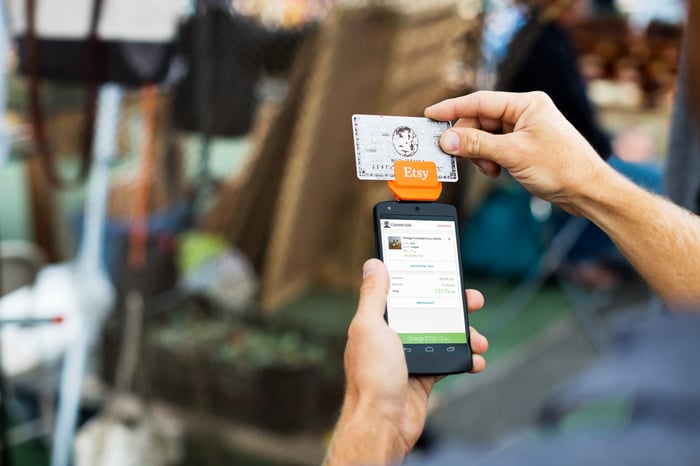 Etsy's share price rise has continued following the earnings release, having gained an additional 10% in March so far. The company appears to be finding success in making its online platform more engaging, and it expects that the business will continue to gain momentum in the current fiscal year.

Revenue is projected to grow between 21% and 23% and gross merchandise volume is forecast to increase between 14% and 16%. Management expects that these gains will be driven by a range of positive catalysts including increased site traffic, improvements to the user experience, and international growth.

Etsy has not issued net income guidance for this year, but it does expect its non-GAAP adjusted EBITDA margin to rise to between 20% and 22% (up from roughly 18% in 2017) thanks to cost-cutting initiatives and migrating some of its business processes to the cloud. That's not necessarily the best metric to hinge an investment thesis on, as it can be subject to a lot of manipulation, but it does look like Etsy is on track to deliver solid earnings growth in 2018.