Illumina (NASDAQ:ILMN) stock is up more than 50% over the past 12 months. The gene-sequencing pioneer posted sales growth of nearly 26% in the fourth quarter of 2017. Adjusted earnings also went through the roof. Those are just a few reasons for investors to really like the stock.

On Tuesday, Illumina CFO Sam Samad sat down to answer questions at the Cowen heathcare conference. Samad is relatively new to Illumina, joining the company a little over a year ago. But his comments revealed what I view as solid insight into why Illumina has been successful. Here are three things from Samad's remarks at the Cowen conference that investors should love about Illlumina -- the business, not just the stock. 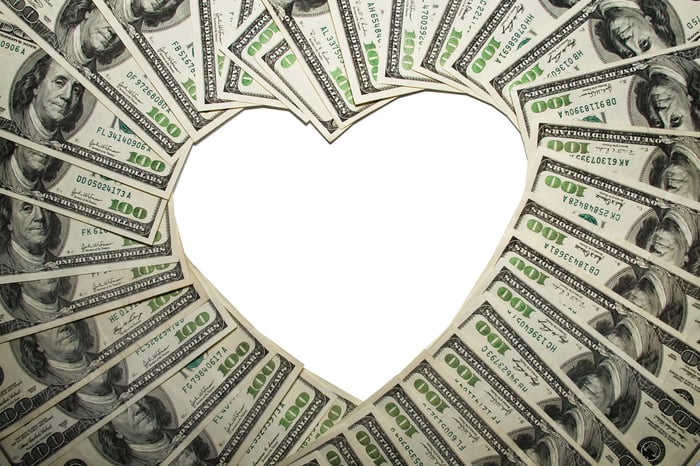 When asked about guidance for NovaSeq instrument placements in 2018, Samad replied that Illumina won't communicate projections on a quarterly basis. He said that the company expects the migration to NovaSeq to "play out over a few years." A few minutes later, Samad was asked about a quarterly trend in HiSeq consumables. Again, he steered the conversation away from a quarterly perspective.

I especially liked Samad's response when asked if the market opportunity for NovaSeq could be bigger than expected based on the number of customers new to Illumina that have bought the new system. He replied that he didn't "want to draw too many conclusions" from the last few quarters of data.

The reality is that the migration of customers from HiSeq systems to NovaSeq is a multi-year process. Illumina not only knows this, the company scheduled its roll-outs of new flow cells for the NovaSeq system based on its expectations of a relatively lengthy transition.

It was refreshing to hear an executive at least attempt to get a Wall Street analyst to think with a long-term perspective instead of a short-term one. I'm not sure that Samad succeeded, but his comments seem to indicate that's how Illumina's management is thinking. And that's great news for investors.

When your CFO talks a lot about listening to customers, there's a good chance your company is on the right track. Samad mentioned two specific examples where Illumina made key product decisions based on customer feedback.

One related to the company's announcement in January of an agreement with Thermo Fisher Scientific to sell Ion AmpliSeq technology to customers who use Illumina's next-generation sequencing platforms. Illumina forged the deal with its rival because customers said they wanted to use Thermo Fisher's amplicon technology to capture RNA and DNA from tiny samples.

The other example referenced by Samad was Illumina's launch in October 2017 of its Nextera DNA Flex library prep product. Illumina recognized that customers wanted simpler and faster work flows -- and it met that need. Nextera significantly speeds up prep time for whole genome sequencing.

Focusing on what customers need pays off over the long run. I think we're seeing this already with the NovaSeq launch.

It wasn't surprising that Samad was asked what Illumina might do with its cash stockpile of more than $2 billion. His immediate response was great: The company's top priority for capital deployment was innovation.

Sure, Samad also mentioned that Illumina could pay off some debt. The company has a debt tranche maturing in 2019. In addition, Illumina is likely to repurchase some stock to offset any dilution from issuing new stock. However, investors should love that the company's highest focus continues to be innovation.

Illumina's entire history has been one of innovation. The upcoming launch of iSeq, a $20,000 benchtop sequencing system that could eventually reach as many as 50,000 customers, is the latest example of this innovative mindset.

Will Illumina beat expectations in its first quarter of 2018 the way it did throughout 2017? I don't know. Neither do I know how the company will fare in the remaining quarters of this year.

One thing I do know, though, is that a company with a long-term perspective that listens intently to its customers, incorporates that customer feedback into its products, and continues to innovate has a pretty good shot at performing well over the long run. That's what Illumina has done in the past. And based on its CFO's recent remarks, I suspect that's what will happen in the future.