If you've visited your local mall lately, you're probably aware of the collapse in the retail industry. Dubbed the "retail apocalypse," the industry saw a record number of store closures in the U.S. as at least 6,700 storefronts shuttered their doors last year. The rise of e-commerce has been the biggest force in that shift, and no company has done more to accelerate that unraveling than Amazon.com (NASDAQ:AMZN). The company has disrupted retail sectors from books to electronics to sporting goods, and it's a big reason once-dominant retailers like RadioShack, Sports Authority, and Toys R Us have gone bankrupt. With its Prime loyalty program that offers free two-day shipping (among other perks), it's made online shipping easier than ever.

Despite Amazon's prowess, though, there are still some retailers that have managed to insulate themselves from the e-commerce giant. Here are my top five Amazon-proof stores. 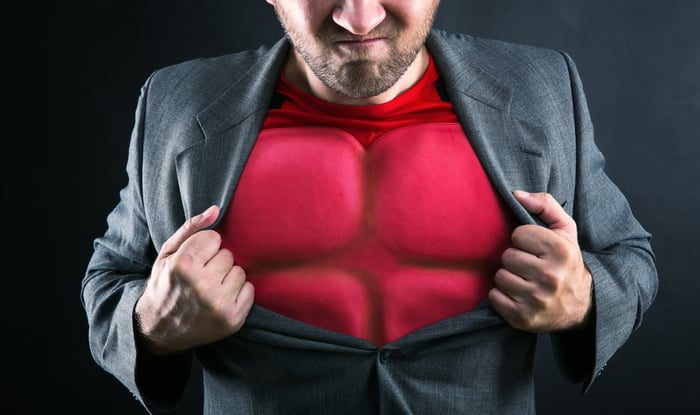 There's little doubt in Amazon's success in apparel, as the company is set to top Macy's as the nation's largest apparel retailer this year. However, one piece of the clothing market that has been difficult for e-commerce to penetrate is off-price retail, which relies on an ever-rotating assortment of discounted merchandise from name brands that made more product than they can sell, get order cancellations, or are transitioning to a new season.  It's also difficult for online retailers to mimic the "treasure hunt" effect of off-price retail, where customers never know what they'll find from one week to the next. As Morningstar analyst Bridget Weishaar explained to Commercial Observer:

It's very difficult to do their model profitably online. They carry a whole lot of merchandise that turns over frequently at low price points. And when you consider the cost of free shipping, of return shipping, of photographing inventory, it creates a barrier to entry in the online space.

TJX Companies (NYSE:TJX), the parent of TJ Maxx, Marshall's, and Home Goods, is the biggest off-price retailer in the country, and posted 4% comparable-sales growth in the most recent quarter and 2% last year. TJX and its off-price peers like Ross Stores and Burlington Stores have crushed the broader retail industry in recent years thanks to the power of their model, and unlike most retailers, TJX is still aggressively opening stores, adding 171 U.S. locations last year. With department stores struggling and the sector protected from Amazon, TJX should continue to put up steady growth.

Walmart (NYSE:WMT) called the shots in the retail industry for a generation, but with the rise of e-commerce and Amazon, the company has been forced to adapt. After making some smart moves like buying Jet.com and some smaller online brands, raising wages, and investing in its stores with improvements like online grocery pickup stations, the company is in a stronger position than ever and can adequately defend itself from Amazon. In its most recent quarter, Walmart's two-year comparable-sales growth was its fastest in eight years at 4.5%, and it's set to grow another 2% this year.

Walmart also sees earnings per share growing this year after a previous pullback, and expects a 40% increase in U.S. e-commerce sales, following a slowdown in the fourth quarter. The retail giant has the economies of scale and physical footprint, with stores within 10 miles of 90% of the U.S. population, to protect it from Amazon. Its rural base of customers, which are drawn to programs like online grocery pickup, still seems well insulated from Amazon, which tends to focus on higher-income urban consumers.

Like off-price clothing, Amazon also struggles to sell cheap products that consumers often need immediately like cigarettes, a single roll of toilet paper, or canned goods, which are all staples of Dollar General (NYSE:DG). The discount chain has blanketed rural America with thousands of stores, and has more locations than any other retail chain. In fiscal 2017, the company opened 1,315 stores, bringing its grand total to more than 14,000, and it expects another 900 new stores in 2018. Same-store sales increased 3.3% in the most recent quarter, and were up 2.7% for the year.

Dollar chains like Dollar General and its rival Dollar Tree, which also owns Family Dollar, have been able to open so many stores because their discount model is well-defended from online competition. It simply isn't cost-effective for Amazon to ship most items that cost $5 or less individually, which is what Dollar General specializes in selling. Combine that with products that customers have a high and immediate need for, and you've got an Amazon-proof business.

More than any other large traditional retailer, Costco Wholesale (NASDAQ:COST) has managed to put up consistently strong growth in the e-commerce era.  Comparable sales grew 5.4% in the most recent quarter and 6.6% in the first half of the fiscal year. Costco derives most of its profits from its membership model, charging customers $60 per year for the privilege of shopping in its stores for bargain-priced bulk items. That membership model makes Costco's business much stickier than the average retailer, where customers don't have a direct incentive to return and are often loyal only to the lowest price.

Its renewal rates range around 90%, showing that customers remain loyal to the service in spite of competition from Amazon and other online retailers. In fact, a number of Americans have memberships for both Costco and Amazon Prime, showing that the two aren't mutually exclusive, but often complementary. The warehouse retailer's recent move into e-commerce by offering free two-day shipping with a $75 minimum order on non-perishables and partnering with Instacart on perishables should further protect it from Amazon and help it retain market share.

Home improvement has been one of the strongest segments in retail since the recession, as shipping things like cans of paint and lumber is difficult and expensive. That advantage has helped propel Home Depot (NYSE:HD) to strong gains in recent years, giving it a market cap nearly as high as Walmart, the most valuable brick-and-mortar retailer.

The leading home-improvement retailer has delivered consistently strong growth. Comparable-store sales jumped 6.9% in the U.S. last year, and the company has resisted opening stores, instead investing profits in operational improvements and returning capital to shareholders through share buybacks and dividends. As a result, earnings growth has outpaced sales growth, with earnings per share increasing 13% last year.

Reports emerged in December that Home Depot had considered buying XPO Logistics, which specializes in delivering heavy equipment like furniture and appliances, in part to keep it out of the hands of Amazon. That news shows the company is thinking ahead, but the vast majority of Home Depot's business should continue to be protected from Amazon, as it is poorly suited to e-commerce.