Warren Buffett has a reputation as one of the most successful investors of all time. But one thing that's important for investors to remember is that Berkshire Hathaway (NYSE:BRK.A) (NYSE:BRK.B) is first and foremost an insurance company, and the structure of the business relies on smart decisions with respect to the insurance exposure that Berkshire takes on in order to ensure long-term profitability and growth.

The nature of the insurance that Berkshire Hathaway provides is that years can go by without any big losses, but when natural disasters strike, losses can escalate quickly. Smaller companies often run into trouble when large catastrophic events occur because they don't all have the financial strength to handle the risk that they've taken on. Buffett, though, is confident that Berkshire Hathaway has everything in place to weather even the worst catastrophic losses, and his annual letter to shareholders sets out his expectations for the insurance business over the long run. 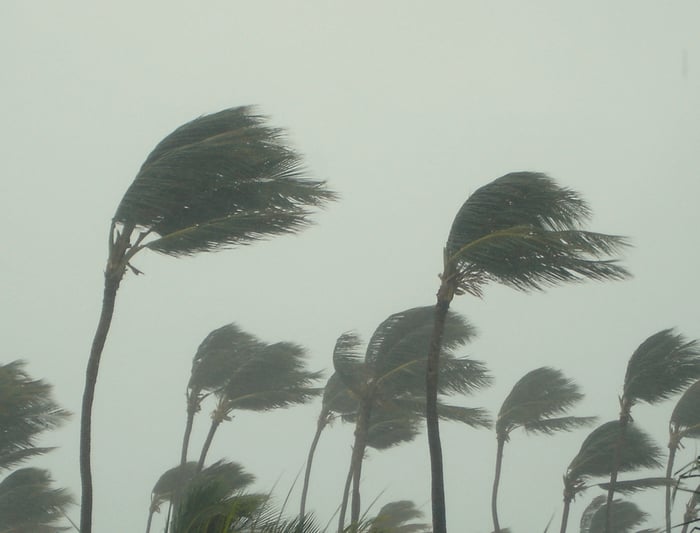 A terrible year for storms

2017 was a tough year for Berkshire's insurance business, which suffered its first underwriting loss in 15 years. After 14 straight years of gains totaling $28.3 billion, Berkshire posted a $3.2 billion pre-tax loss from its underwriting operations for the year.

Those who've followed hurricane seasons over the years will understand why Berkshire had such a good run and why it came to an end. Several years during the period included hurricane seasons with no significant storms hitting the U.S., while others had minor hits where the damage was concentrated away from major metropolitan areas.

In addition, even during years in which there were major storms, Berkshire's adept underwriting practices often allowed the company to avoid losses, even when other players in the insurance industry took hits. Superstorm Sandy in 2012 was devastating to most insurance companies, and Berkshire's GEICO unit lost three times as much money from the storm than it had from Hurricane Katrina. Yet Berkshire still managed to earn a $1.62 billion overall underwriting profit for the year, $680 million of which came from GEICO.

Yet 2017 was a horrible year, as major hurricanes dealt destruction to highly populated areas in Puerto Rico, Florida, and Texas in short succession during the late summer. Buffett estimates that the total industrywide insurance losses from the hurricanes will amount to about $100 billion, and Berkshire's share of that will amount to $3 billion before tax. That 3% ratio representing Berkshire's exposure to large catastrophic events is a fair assessment of future risk in Buffett's eyes.

Given Berkshire's level of exposure, the Oracle of Omaha believes that the insurance giant is well-capitalized to handle even worse potential loss events in the future. In Buffett's words:

No company comes close to Berkshire in being financially prepared for a $400 billion megacat. Our share of such a loss might be $12 billion or so, an amount far below the annual earnings we expect from our non-insurance activities. Concurrently, much -- indeed, perhaps most -- of the [property/casualty] world would be out of business. Our unparalleled financial strength explains why other p/c insurers come to Berkshire -- and only Berkshire -- when they, themselves, need to purchase huge reinsurance coverages for large payments they may have to make in the far future.

That strength comes both from financial resources and smart risk management. Buffett noted that some companies suffered losses in net worth of more than 15% compared to less than 1% for Berkshire. Moreover, Berkshire appropriately takes into account the risk of its long-tail insurance lines, in which insurers can go for decades without paying anything, only to see a huge loss exposure in a single period. Such problems have threatened to bring down industry giants like Lloyds of London after centuries of success.

What Berkshire gets from insurance

Some people are uncomfortable with the risk that comes from insurance and reinsurance operations, and Buffett is well aware of the risks. The unpredictable nature of storms makes loss amounts highly sensitive to minor factors. As the Berkshire CEO noted as an example, even the smallest move to the east for Hurricane Irma, which grazed the Gulf Coast of Florida, could have doubled the total insured losses from all three storms in 2017.

Yet for Berkshire, insurance is the source of great financial resources. Investing premiums between the time customers pay them and the time claims are paid out is a huge moneymaker for Berkshire. With its disciplined approach to underwriting and its respect for the dangers of taking on too much risk overall, Berkshire Hathaway has positioned itself to be the most secure insurance company for decades to come.