A 14-year winning streak at Berkshire Hathaway (NYSE:BRK.A) (NYSE:BRK.B) will likely come to an end this year, as its insurance companies are set to post their first full-year underwriting loss since 2002. It's an unfortunate end to an incredible run, but insurance remains one of Berkshire's best businesses, regardless of recent losses.

The insurance industry makes a profit in two ways. The largest source of profit is usually earned by investing the float generated from taking in premiums in advance of payouts on losses. Second, insurers can generate an underwriting profit by paying out less in losses and expenses than they earn in premiums. 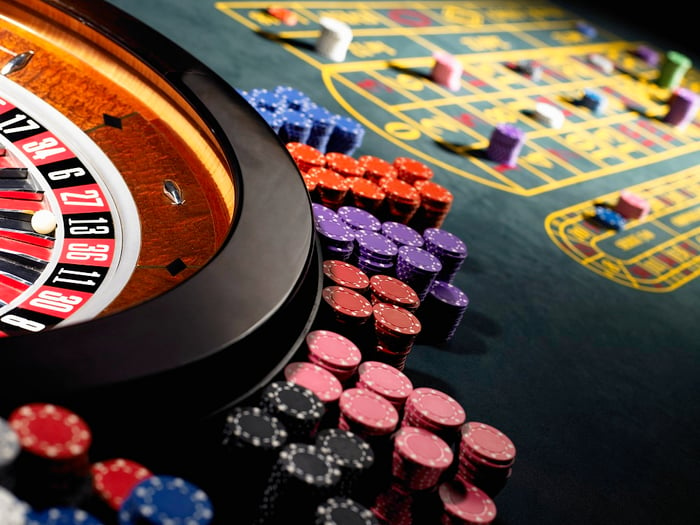 Paying out less in losses and expenses than you take in through premiums is the hardest way to make money in the insurance industry. Due to competitive forces, most insurers are happy to earn a small loss on their underwriting, viewing losses as a "borrowing" cost on the float. 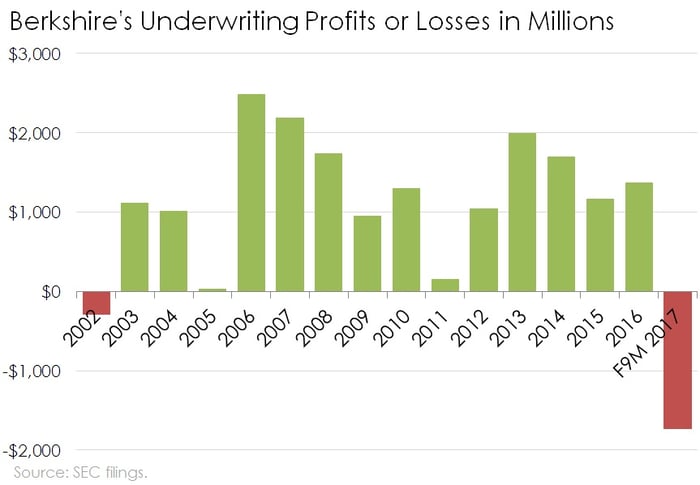 Buffett has always made it a goal to regularly earn an underwriting profit. When Berkshire's insurance units generate an underwriting profit, they effectively generate hundreds of billions of dollars of float with a negative "borrowing" cost. In effect, Berkshire's winning streak allowed it to borrow $91 billion at a negative interest rate in 2016.

But all records eventually come to an end. In the first nine months of 2017, Berkshire's underwriting losses stood at roughly $1.7 billion after tax, making it highly unlikely that its insurers can end the year in the black from underwriting.

Don't feel too bad for Berkshire

Though Berkshire's 14-year run for underwriting profits may be coming to an end, it's likely its insurers will generate a profit when investment income is taken into consideration. That's because Berkshire entered the fourth quarter with $2.9 billion in investment profits earned on the float in the first nine months of 2017, easily outpacing insurance underwriting losses of $1.7 billion. 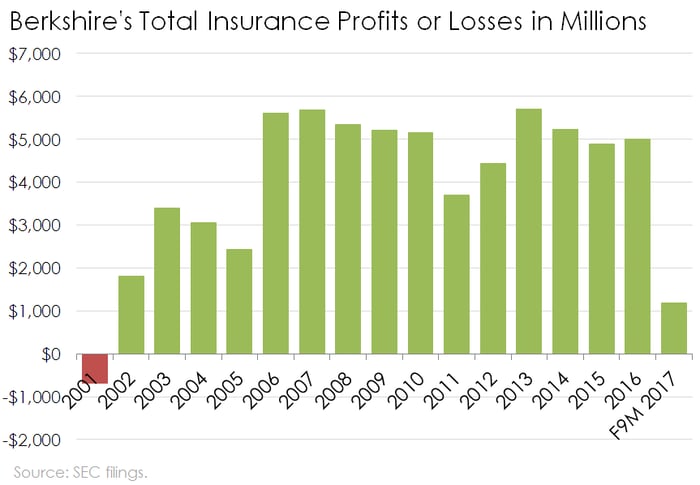 You have to go all the way back to 2001 to find the last time Berkshire's insurance units generated a net loss inclusive of investment profits. That year, its insurers experienced substantial underwriting losses from the 9/11 terrorist attacks.

As Buffett wrote in the letter to shareholders that year, the insurance industry had always focused on the risks of the past, never once contemplating the large losses that could occur as a result of terrorism, which had until then never had a large impact on the industry.

In pricing property coverages, for example, we had looked to the past and taken into account only costs we might expect to incur from windstorm, fire, explosion and earthquake. But what will be the largest insured property loss in history (after adding related business-interruption claims) originated from none of these forces. In short, all of us in the industry made a fundamental underwriting mistake by focusing on experience, rather than exposure, thereby assuming a huge terrorism risk for which we received no premium.

This year, the unfortunate back-to-back losses from major natural disasters resulted in large losses for Berkshire's insurance companies. Three hurricanes and an earthquake in Mexico were responsible for $3 billion of losses in the third quarter alone.

It could have been much worse

Berkshire actually dodged a bullet by escaping with just $3 billion in losses from natural disasters in the third quarter. Losses this year would have been greater if Berkshire had remained heavily involved in the "super-cat" insurance business. Historically a large line of business, Buffett wrote that Berkshire had turned away from super-cat policies in his 2015 letter.

Up to now, climate change has not produced more frequent nor more costly hurricanes nor other weather related events covered by insurance. As a consequence, U.S. super-cat rates have fallen steadily in recent years, which is why we have backed away from that business. If super-cats become costlier and more frequent, the likely -- though far from certain -- effect on Berkshire's insurance business would be to make it larger and more profitable.

This tidbit is important for two reasons. First, it shows Buffett's willingness to write less business when the odds aren't in the company's favor. Second, it shows Berkshire's interest in re-entering legacy lines of business if the price is right.

The insurance industry is self-correcting. When losses batter the industry, it leads to a better balance of supply and demand, and higher prices for risk. For Berkshire, large losses across the industry this year could ultimately be a multiyear boon, as higher prices may entice it to move back into super-cat reinsurance in a big way.

And though the underwriting losses of 2017 may seem large, one should put them in perspective. In the twenty years leading up to 2017, Berkshire earned $13.8 billion from underwriting, in addition to $55.9 billion in insurance investment profits. An occasional billion-dollar loss is a mere rounding error in comparison.