Spotify has grown to become the largest music-streaming service on Earth, thanks in part to its free, ad-supported tier that serves as a funnel to its premium business. The company estimates that 60% of all gross premium subscriber additions since early 2014 have come from its free tier. But ad-supported services face brutal economics, getting pinched between royalty costs and weak monetization through ads.

To that point, Spotify confirmed in its F-1 filing that its ad-supported business has long been a money-loser, only turning positive in 2017 after the company was able to negotiate more favorable licensing terms from record labels.

That's not to suggest that the ad-supported business is a great business now that it's profitable. Ad-supported gross margin was still less than half of premium gross margin in 2017 (10% vs 22%). The good news is that it doesn't take Spotify very long to recoup user-specific losses after a free user converts to a premium subscription. 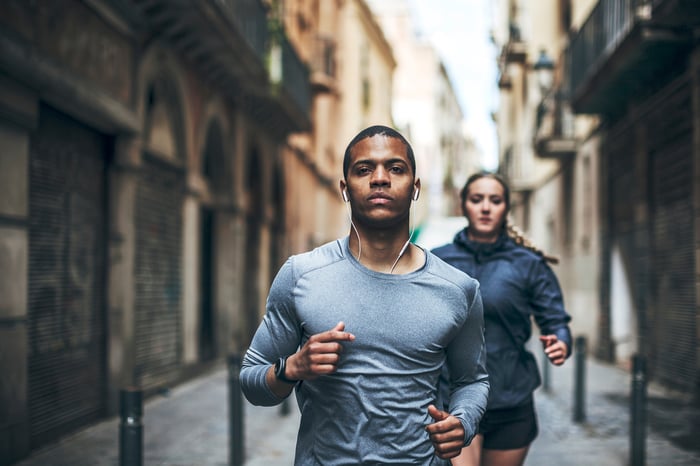 During Spotify's investor day presentation last week, CFO Barry McCarthy told prospective investors that once a free user converts to a premium subscriber, it only takes about 12 months to break even, after which point the lifetime value of that user continues to rise. 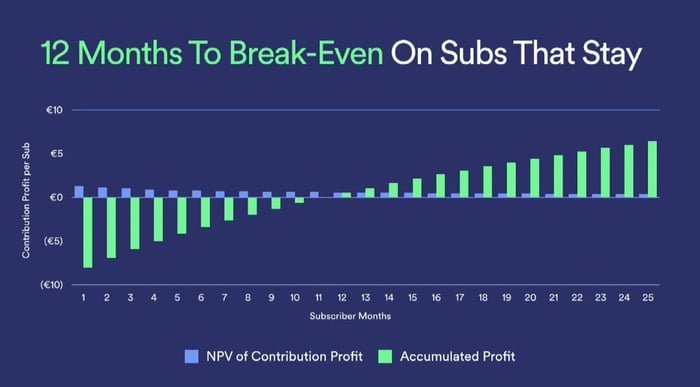 That's especially true as Spotify continues to reduce premium churn, retaining a greater proportion of subscribers over time. The family plans in particular, which include up to six accounts for $15 per month, have been instrumental in driving down premium churn over time. 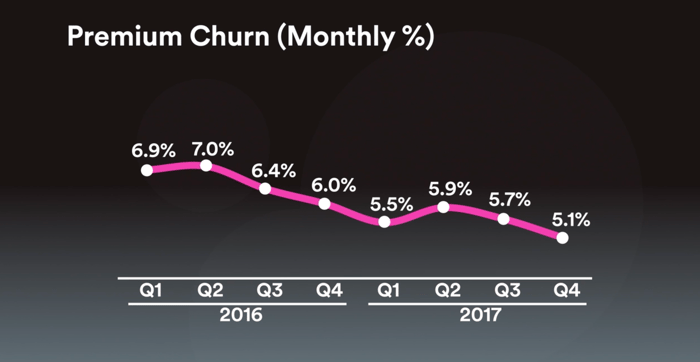 Once a family has signed up for a family plan and started personalizing the service, the switching costs for moving an entire family to a competing service are huge. With pricing mostly standardized across the industry thanks to competition, there's not really a strong incentive to switch anyway.

In fact, McCarthy said that historically Spotify has essentially considered its ad-supported segment to be a marketing expense, helping to give users a taste of the service knowing that there's a very good chance that free users will eventually open their wallets. When looked at from that angle, it makes even more sense. The ad-supported losses incurred in 2015 and 2016 are a fraction of what Spotify officially spent on sales and marketing (219 million euros in 2015 and 368 million euros in 2016), making it an extremely efficient user acquisition channel.