Baidu (NASDAQ:BIDU) is getting closer to taking iQiyi public, a move that will give China's leading search engine the opportunity to raise some money and at the same time deconsolidate a margin-pinching asset. China's iQiyi will begin trading under the ticker symbol "IQ" as soon as the end of this month.

A lot of investors are referring to iQiyi as the Netflix (NASDAQ:NFLX) of China, and given the booming popularity of China's iQiyi as a video-streaming platform, it's easy to see the logic behind the association. It's the largest internet video-streaming service in China in terms of user time spent and average total monthly active users -- just like Netflix is the undisputed top dog closer to home. However, take a closer look and you'll find iQiyi isn't really worthy of the "Netflix of China" tag. It could be worse. It could possibly even be better. However, it's just not a clear match to Netflix. Let's explore why the tag may be misplaced. 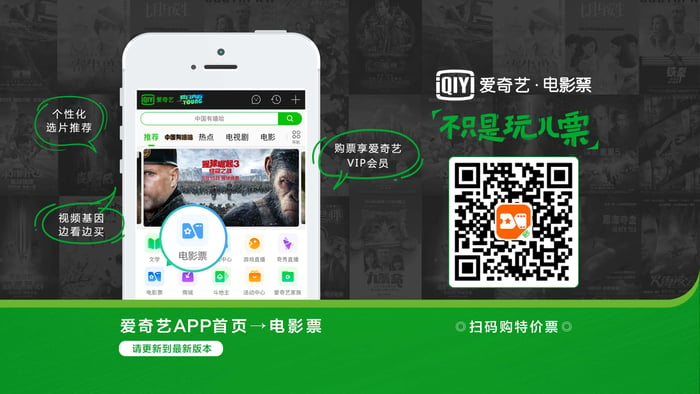 Everyone on Netflix is either a paying customer or someone on a limited-time trial before becoming a paying customer. That's just not the case right now at iQiyi. There were 50.8 million premium users on iQiyi at the end of last year, a healthy number compared to Netflix's 110.7 million paid memberships. However, iQiyi's subscribers are just a sliver of the 421.3 million monthly active users accessing the platform on mobile devices or the 424.1 million monthly active users streaming on PCs.

There is no doubt that iQiyi is doing a great job of getting its more frequent users to pay up for access. Subscribing members have increased from 10.7 million in 2015 to 30.2 million in 2016 to 50.8 million at the end of 2017. The penetration rate in terms of its total mobile audience has gone from 3% to 7% to 12% in that time. The trend is impressive, but we're talking about just one of every eight users on board as a premium account.

iQiyi remains a service primarily used by freeloaders. There's a small but growing percentage of iQiyi users paying for commercial-free streaming and access to premium content, making it a closer match to YouTube -- though far less than 12% of the latter's users are paying for the similar YouTube Red premium platform, which skips ads and provides access to exclusive content. Now that even Hulu is requiring most of its users to pay up, it's not fair to call iQiyi the Netflix or Hulu of China.

Subscribers generate more revenue per user than ad-tolerating freeloaders, and iQiyi's paid members are almost at the point of being the major contributor to its top-line results. Membership services accounted for 37.6% of iQiyi's revenue in 2017, still trailing the 46.9% slice commanded by its online-advertising services.

Netflix has dodged most forms of third-party advertising. It has scoffed at analyst suggestions that it offer a cheaper ad-saddled tier like Hulu. Netflix has even been hesitant in the past to slap ads on its DVD mailers. It's an entirely different world at iQiyi, which was built as an ad-supported service and is just starting to come into its own as a curator of premium content for its growing paying-user base.

The potential is huge. Baidu is in a good place, and it will continue to have a controlling stake in iQiyi after the IPO. It may not take long for iQiyi to surpass Netflix in terms of total premium subscribers, and in time total membership revenue. However, it just doesn't seem right or fair to continually call it the Netflix of China. iQiyi is less than that, though that's precisely why one day it may be more than that.