Management's previous share repurchase scored big for shareholders. Is this a good time to buy?

Take-Two Interactive (TTWO -4.27%) has delivered handsome gains to shareholders. Its flagship game -- Grand Theft Auto V (GTA V) -- has continued to set records, with more than 90 million copies sold since the game's launch in 2013. If you had bought the stock the day GTA V was released, you would be sitting on a gain of 531%.

Even with the stock sitting near all-time highs, management recently gave a vote of confidence by repurchasing $110 million worth of shares in the third quarter. We'll review Take-Two CEO Strauss Zelnick's approach to buybacks and what investors should make of this latest move. 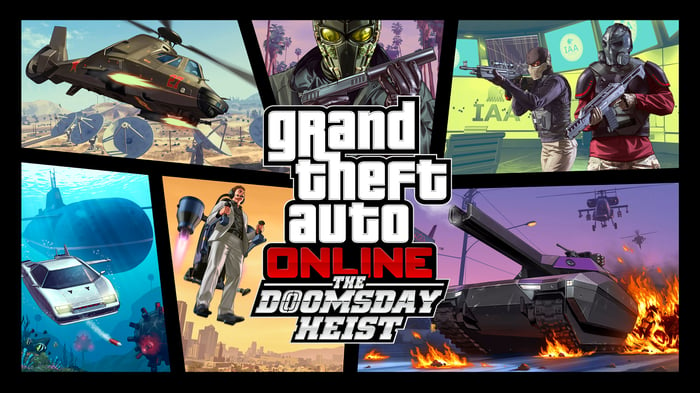 The 2013 buyback was very savvy

Take-Two management rarely conducts a share repurchase, and when it does, it looks to do "a buyback at deep value," Zelnick says.

Previously, Take-Two repurchased $276 million in stock in November 2013 right after the release of Grand Theft Auto V. The timing of that buyback was impeccable, given the impact that GTA V has had on the company's performance, not to mention the stock's high return over the last four years. It certainly gives credibility to Zelnick's statement of only buying back stock at "deep value."

As CEO, Zelnick understands the company and its future value better than anyone else. The difference between Take-Two's approach to share repurchases compared to that of many other companies is that Take-Two does it only when it makes sense from a value perspective -- in contrast to other companies that buy back stock every quarter no matter how high their stock's valuation goes. In other words, Zelnick tries to get maximum value with buybacks.

Although Zelnick admits that management should have bought more at the time, he clearly saw the stock in late 2013 as not adequately reflecting the future value of the company's franchises, as well as the positive changes that were impacting the industry with digital distribution.

The recent buyback in context

The 2013 buyback represented about 16% of Take-Two's market capitalization (total shares outstanding times the stock price) at the time, which was a very meaningful amount of shares. Management's decision was bold because the company was struggling to generate a profit and had only $523 million of net cash on the balance sheet.

In contrast, the latest $110 million buyback is less than 1% of Take-Two's current market cap. Also, this recent buyback was made from a position of financial strength, as opposed to 2013. Today, Take-Two is in a much stronger position with $1.3 billion in cash on the balance sheet. The company has also established a more steady stream of cash flow with the ongoing growth of GTA V as well as strong demand for digital in-game offerings, which account for nearly half of the company's annual revenue and generate higher margins than new game sales.

This is a different scenario than 2013 when management viewed Take-Two stock as such a good value that it was willing to use a significant portion of the company's net cash to repurchase shares, even while the company was not earning a profit.

It's possible management is finding itself with more cash than it knows what to do with, as opposed to the idea that management is seeing a compelling value in the stock as a reason for the latest buyback. The recent move could be viewed as simply a way to distribute cash to shareholders that management has no other uses for in a tax efficient manner.

That said, Zelnick has been purposeful in every financial move he makes. He attributes Take-Two's strong performance to the "highly rational, exceedingly disciplined business environment, which gives people who are creative a very safe place to do their very best work ... and we think that's why things are going pretty well."

Given Zelnick's careful approach to share repurchases, I don't think he would have approved of a repurchase -- of any amount -- if he didn't believe Take-Two's stock was a good investment even with the stock trading near all-time highs.

There are certainly reasons to like the stock right now. There's Take-Two's entrance into esports with NBA 2K League launching in May of this year, which management believes will be a profitable, stand-alone segment over the long term. Plus, GTA V continues to grow four years after its release, and Take-Two has two big releases coming in fiscal 2019, which should deliver a record year based on management's guidance.

On the other hand, it's difficult to see the stock as a "deep value" at a trailing P/E ratio of 62 (not to mention after more than a 500% climb over the past four years). I believe Take-Two remains a worthy stock to hold for the long term, and obviously, management thinks so as well. But investors thinking of buying shares should keep their expectations in check.