The past few years have been marked by rapid technological change, with many tech stocks delivering impressive gains. And while the excesses of the 1990s tech boom-and-bust are still fresh in many investors' memories, today's tech stars, by and large, produce significant revenue and profits, in contrast with the many pretenders of that prior period. 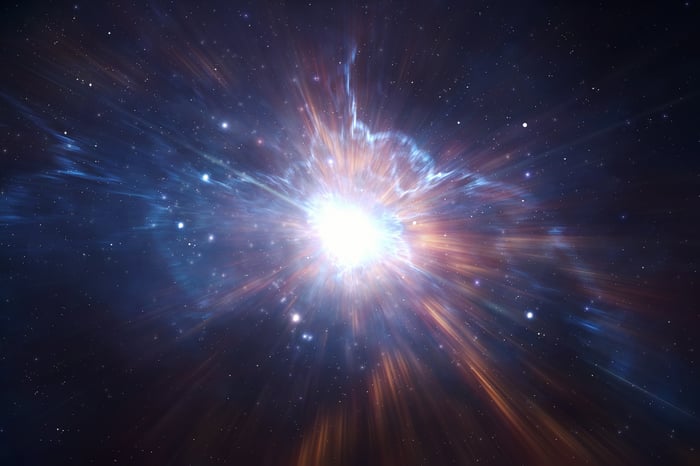 Micron (NASDAQ:MU) is a leading producer of several types of memory, the "nuts and bolts" in virtually every type of storage and/or computer processing device.

The two main types of computing memory are NAND flash and DRAM. NAND flash stores memory "at rest," and retains data even when power is turned off. DRAM is much faster than NAND, but works only with continuous power.

Historically, memory has been a violently cyclical, commodity-like business, with wild pricing swings based on supply and end demand. However, like the airline industry, the memory industry has consolidated over the past decade, and the complexity of making ever-denser chips has changed the dynamic.

Micron is currently one of only three major DRAM producers, and one of five major NAND producers, with about two-thirds of its business in the more consolidated DRAM market.

And on the demand side, the need for computing power is exploding beyond traditional smartphones and laptops, to cloud-computing data centers, tech-heavy industrial equipment for the Internet of Things, and self-driving cars. It's also worth noting that these demands feed on one another. For instance, as cars collect and process more data on the road, that data is also likely shared with a cloud data center.

Tight supply and skyrocketing demand helped Micron's revenue to soar a whopping 71.4% last quarter, and it's no surprise the stock has followed suit.

Arista Networks' (NYSE:ANET) meteoric rise in 2017 can be attributed to its leading position in software-defined networking for data center switches, products which have been in high demand due to the rise of cloud computing.

Across all sorts of industries and enterprises, IT teams are increasingly choosing to shift their data and applications from a private data center and into large public clouds. IT research firm Gartner (NYSE: IT) estimates the cloud computing market will total roughly $260 billion in 2017, good for 18.5% growth over 2016.

Public data centers require massive amounts of networking equipment in the form of switches, which have traditionally been expensive. However, recent technological advances have moved much of the functionality in switches to software, rather than the more interconnected hardware-and-software combinations of the past.

Arista Networks jumped on the trend early, investing over 1,000 man-years of work on 10 million lines of code in its EOS operating system. The emphasis on the operating system software allows Arista to make switches out of "merchant" hardware components from other low-cost vendors, which enables it to produce high-performing switches for significantly lower costs than traditional vendors such as Cisco (NASDAQ: CSCO).

As large cloud players build out their data centers at massive scale, price-performance characteristics are paramount. And it's no surprise that Arista's stock has rocketed as a result.

While the past year has been very kind to these two companies, the megatrends they're riding aren't slowing down anytime soon. Growth investors should take note.