On March 18, Bloomberg published an article reporting that Apple (NASDAQ:AAPL) is designing and producing its own device displays for the first time.

Apple has historically relied on others to help it develop and manufacture the displays found on its iPhone, iPad, Mac, and Apple Watch products. 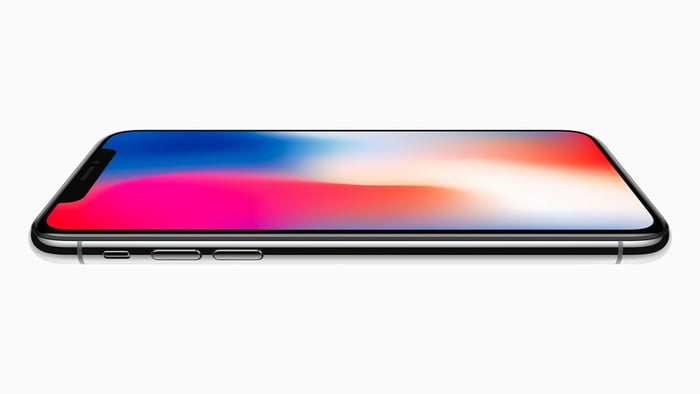 According to the report, Apple's display development efforts are focused on a technology known as microLED, which "uses different light-emitting compounds than the current OLED displays and promises to make future gadgets slimmer, brighter, and less power hungry."

But Bloomberg said microLED displays are "far more difficult to produce than OLED displays," and Apple apparently "almost killed the project a year ago." However, the company has reportedly managed to produce working prototypes suitable for the Apple Watch, which are demonstrating significant benefits compared to the current OLED displays, such as superior brightness and "a finer level of control over individual colors."

Let's go over some of the key implications of this report for Apple's business.

Display technology is a hugely important part of the user experience of any computing device, so anything Apple can do to make sure it leads the pack in display technology (something that it did briefly with the iPhone X before the Galaxy S9-series smartphones came along) is money and time well spent.

By controlling the development of everything in the display stack, as Bloomberg indicates Apple hopes to do in the future, Apple has the opportunity to build technologies that aren't easily available to others. Of course, if Apple comes up with truly game-changing innovations, competitors will rush to replicate those innovations. The difference would be that those competitors would have to wait until Apple's technology makes it to market -- by which time, Apple will already be deep in the development of its next big breakthrough.

Interestingly, while the Bloomberg report indicates that Apple has invested significantly in the engineering talent and the manufacturing capabilities to develop new display technologies, Apple likely won't be shouldering the burden of mass production of its display technologies going forward.

Ultimately, Apple will likely outsource production of its new screen technology to minimize the risk of hurting its bottom line with manufacturing snafus. The California facility is too small for mass-production, but the company wants to keep the proprietary technology away from its partners as long as possible, one of the people says. "We put a lot of money into the facility," this person says. "It's big enough to get through the engineering builds [and] lets us keep everything in-house during the development stages."

In effect, it appears that Apple will figure out how to manufacture these displays (i.e., what equipment is required, and exactly how that equipment will be used to produce the displays), but then it'll transfer that knowledge to a third-party manufacturer to handle the build of the screens.

The benefit to Apple, as Bloomberg says, is that it's shielded from the risks associated with owning and operating its own large-scale manufacturing plants. One big downside, though, is that Apple will have to share its manufacturing know-how with a third-party supplier, which means that Apple is more at risk of having its proprietary technology leak out to competitors.