Apple introducing a gold version of the iPhone X midway through the current product cycle isn't entirely unreasonable -- after all, credible reports say that Apple originally wanted to introduce a gold version of the iPhone X but ran into problems manufacturing the device. But I'm not sold on either the authenticity of the images or on Apple deciding to launch a gold iPhone X just months before production of the current iPhone X is expected to be discontinued.

The color of the phone depicted in Geskin's images looks identical to the color of the dummy models of both the iPhone X and the iPhone 8-series smartphones that were circulating the web before Apple announced the current generation of iPhones.

Although the gold iPhone X never materialized, Apple did release gold versions of the iPhone 8 and the iPhone 8 Plus and the shade of gold of those devices looked nothing like the color of the dummy units. The images posted by Geskin would be far more credible, in my view, if the so-called "blush gold" iPhone X looked similar in shade to that of the currently available iPhone 8 or iPhone 8 Plus. Perhaps it should be a bit deeper since the silver iPhone X finish looks slightly deeper than the silver iPhone 8/iPhone8 Plus finish. 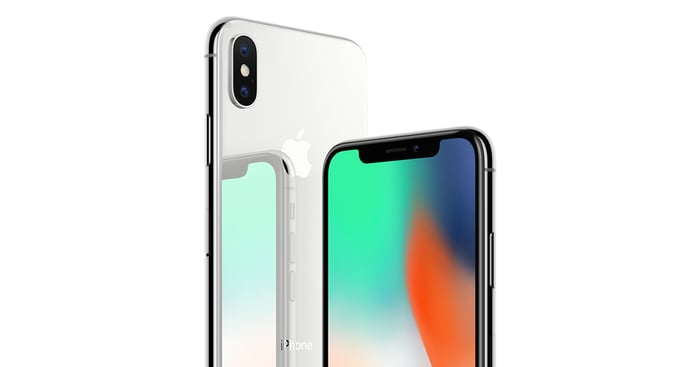 If Apple's goal is to do everything it can to boost sales of the current iPhone X, then it'd be sensible for the company to introduce a gold variant of the iPhone X. A new color, especially one that's particularly popular, could push somebody who is on the fence about buying a new iPhone to buy one.

However, in introducing a mid-cycle gold iPhone X, Apple would be taking away a potential selling point of the next-generation iPhone X/iPhone X Plus models, which are rumored to come in gold finishes. It'd also require Apple to begin manufacturing a new color of the iPhone X -- something that quite possibly necessitates a dramatically different manufacturing process (at least for the stainless steel edges) -- only to discontinue it shortly thereafter.

Ultimately, I think Apple would be better served by letting this (admittedly mediocre) iPhone cycle play out as it has been and then coming back in full force in the next product cycle. This way, Apple enjoys both easier year-over-year growth comparisons in the coming fiscal year as well as higher overall demand for the new models. To achieve that, Apple would likely want to keep all potential new selling points -- including something cosmetic like a gold finish -- restricted to the new iPhone models that'll come out later this year.