Most Wall Street pros see the drop as an opportunity, but the #deletefacebook threat looms large.

It's fair to say that Facebook (META -0.76%) has gotten itself into a bit of a pickle. A growing number of users and investors are turning on the social-networking giant after data security concerns surfaced. An expose on Cambridge Analytica's tactics in potentially helping sway the 2016 presidential elections claimed that the data-analytics firm gained access to about 50 million Facebook profiles by taking advantage of Facebook's data-sharing features. It didn't help matters when a former platform operations manager responsible for policing data breaches by third-party developers claimed that profile harvesting was common when he was there between 2011 and 2012.

The stock suffered its biggest one-day decline since 2012 following the news, and when Facebook finally did respond, it failed to woo investors back. Facebook apologized for not doing a better job of protecting user data at the time, but it also pointed out how it's been improving on that front and will be making additional changes.

There's no denying that Facebook will beef up its defenses when it comes to third-party data extraction, but have consumers had enough? Online users can be fickle. The stock tumbled 13.9% for the week. 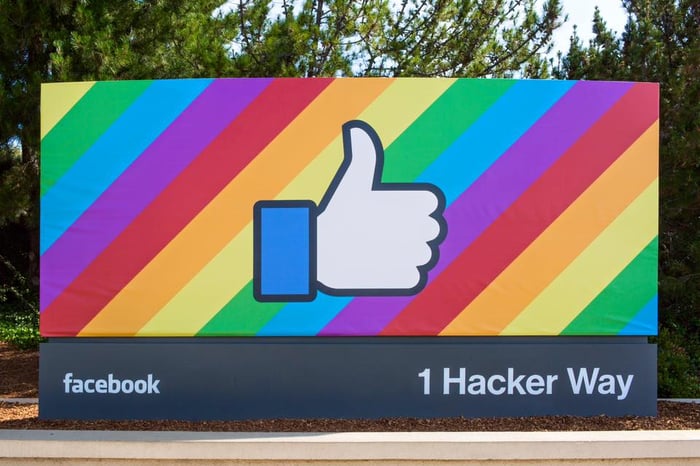 A hashtag by any other name

Facebook's brand is coming under fire, and the stock is now trading more than 18% below the all-time high it hit last month. A #deletefacebook hashtag has caught on, and the heat began to rise even more when Elon Musk and WhatsApp's co-founder got into the platform bashing:

Instagram's probably ok imo, so long as it stays fairly independent. I don't use FB & never have, so don't think I'm some kind of martyr or my companies are taking a huge blow. Also, we don't advertise or pay for endorsements, so ... don't care.

Wall Street, for the most part, sided with Facebook. Most analysts think the sell-off presents a buying opportunity.

Sam Kemp at Piper thinks the saber-rattling will pass. He recognizes that the dot-com behemoth could've done a better job of securing user data, but he thinks the long-term relevance of the scandal will be minimal. He is sticking to his overweight rating and $210 price target.

Ken Sena at Wells Fargo thinks CEO Mark Zuckerberg's response, criticized by some as coming too late, was reasonable. He believes the mandate to ensure user privacy is genuine and sees it as a constructive first step for Facebook. He's also sticking to his bullish outperform market call on the stock.

Not every analyst was offering a thumbs-up, though. Scott Devitt at Stifel slashed his price target from $195 to $168, arguing that the data issues are significant and that businesses built on trust have a hard time winning that trust back once it's squandered.

It's too early to know if the events over the past week will haunt Facebook materially in the near future. If advertisers freak out or users follow through on the #deletefacebook threat, there will be a near-term hiccup. Facebook's saving grace is that there's no one close to it as a social network in terms of breadth of users. Folks go where the people are, and for now the networking effect is still in Facebook's corner.