The banking industry has been one of the best performing parts of the stock market over the past couple of years, and with tailwinds including rising interest rates and a lower corporate tax rate, there could be more upside ahead.

While this should create a friendly environment for all banks, the push toward deregulation in the banking industry could produce some big winners. In fact, the U.S. Senate recently passed a bill that would make some significant changes in the banking industry. Here are three bank stocks in particular that could get a big boost from these potential regulatory reforms that long-term investors may want to take a closer look at. 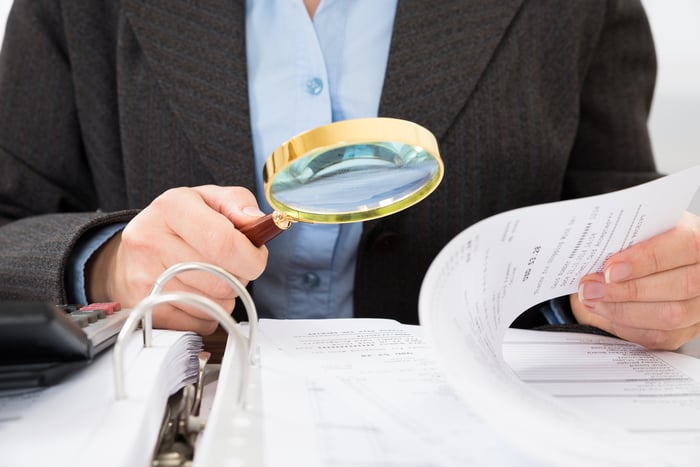 This bank could get major regulatory relief

By far, the most significant provision in the Senate's bill would change the threshold for a bank to be considered a systemically important financial institution, or SIFI, from $50 billion to $250 billion. Now, banks with $100 billion to $250 billion wouldn't be immediately exempt, and the Federal Reserve could decide to apply some additional oversight if needed -- though it's not clear exactly what that means.

However, we do know that for banks that currently have between $50 billion and $100 billion in assets, the SIFI oversight would go away immediately. Banks in this group could be a big winner, and Dallas-based Comerica Bank (NYSE:CMA) is one of the most attractive in this category, with about $72 billion in assets.

There are several reasons to like Comerica, in addition to the possibility that a big regulatory burden could be taken off the bank's shoulders. Just to name a few, the bank's 1.04% return on assets is above the industry benchmark of 1%, it is significantly more efficient than its peers, and it has outpaced its competitors in terms of revenue growth and total returns in recent years.

Finally, Comerica could benefit more than most from rising interest rates, as its interest-bearing deposit cost is well below its peer group average. The Fed's 2017 rate increases resulted in 41 basis points of net interest margin expansion for the bank and increased net interest income by about $200 million, and the bank expects an additional $170 million-$180 million increase in 2018, which could turn out to be even higher if the Fed gets more aggressive.

The Senate bill has a double benefit for this bank

Another key provision in the Senate's bill would relax capital requirements on so-called "custody banks." These are banks whose primary function is to hold assets on behalf of other institutions, such as mutual funds, and don't engage in trading activities. In a nutshell, the bill would exempt certain "safe" assets under custody from the Fed's capital requirement calculations.

State Street (NYSE:STT) could be a major winner from this. Not only would it benefit from the custody bank provision, but with about $235 billion in assets, it could also get additional relief by being under the proposed $250 billion SIFI threshold.

State Street is one of the oldest financial institutions in the U.S., having been founded in 1792, and has about $33.1 trillion in assets under custody and another $2.8 trillion under management, making it responsible for more than 10% of the world's assets. In addition to providing custodian and other services to asset managers, State Street has a large asset-management businesses of its own, including one of the world's largest ETF businesses. SPDR ETFs are State Street products, and in fact, the bank's SPDR S&P 500 ETF was the first ETF ever created.

In 2017, State Street exceeded its targets for cost saving and revenue growth and, as a result, achieved its operating margin target a year ahead of schedule. Its return on equity of 12.9% is one of the best in the industry for a brick-and-mortar bank. Plus, State Street anticipates strong growth in 2018, as well as substantial tax savings. If passed, regulatory relief could make the bank's results even better in the years ahead.

This bank's growth has stalled but could pick up with deregulation

Comerica and State Street pay dividend yields of 1.2% and 1.6%, respectively. New York Community Bancorp (NYSE:NYCB), on the other hand, has a 4.8% yield, one of the highest in banking.

The reason is that the bank's assets have been hovering at just under the $50 billion SIFI threshold for years now, and to avoid exceeding the threshold, the company has paid out more of its earnings than it would like to and has avoided growing its business.

If you aren't familiar with its business, New York Community is a regional bank with a unique niche. Specifically, the bulk of the bank's loans are made on rent-controlled and rent-stabilized New York City apartment buildings. This approach has produced an incredibly low default rate, as well as a highly efficient operation. In fact, the bank's non-performing loan rate of 0.07% is less than one-sixth that of its peer group average.

However, in recent years, the bank's expenses related to SIFI-readiness have eroded its efficiency advantage. Granted, the bank's 50.1% efficiency ratio is still quite strong, but before the Dodd-Frank reforms, this figure was about 36%. This is a big difference and has made an enormous impact on the bank's bottom line.

Not only would passage of a higher SIFI threshold save New York Community tons of money in compliance expenses, but it would also allow the bank to pursue growth opportunities such as mergers, which have historically been a big growth driver. It would also allow for organic growth of the loan portfolio, which has been impractical while trying to remain under $50 billion in assets.

As a final thought, there's one important thing to point out here. The legislation to get rid of the regulations discussed here still has a long way to go before it can become law. Specifically, it needs to get through the House of Representatives, and House Republicans have indicated that they intend to roll back regulations even more than the Senate's draft legislation intends to.

While even more deregulation could be a good thing for banking investors, adding to the already ambitious deregulation efforts could make the bill difficult to pass through the Senate, where it will need at least some bipartisan support.

Having said all that, it seems likely that the SIFI threshold will be raised and that banking regulations will be rolled back at some point and in some form. It's just not yet certain, so approach these stocks with that knowledge in mind.