Apple Inc.'s (NASDAQ:AAPL) iPhone product cycle doesn't seem to be going as planned -- as analysts (and apparently Apple itself) seemingly trip over themselves to cut their iPhone shipment estimates for the remainder of the year.

In short, the news flow around Apple's most important business hasn't been good. 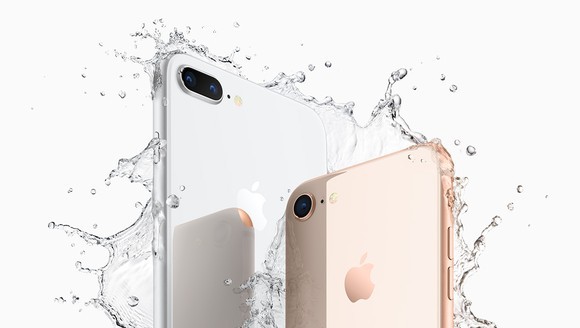 The iPhone 8 Plus (at left) and iPhone 8. Image source: Apple.

However, it seems that Apple has just gotten something of a minor break, according to analyst Walter Piecyk with BTIG Research (via Barron's). Let's dive in.

The Americas make up Apple's largest operating segment by far, with more than 42% of its overall revenue coming from the region. Of that segment, the United States accounted for 87% of Americas revenue.

According to BTIG Research's information, Apple saw its share of smartphone shipments in the United States during the quarter that includes March rise to 56%, a slight -- but measurable -- increase from 55.5% during the previous quarter.

What makes that increase all the more remarkable is that in the prior year, Apple saw its share in the United States drop quarter-over-quarter during the first quarter.

In addition to share gains in the U.S. during the quarter, Piecyk also thinks that Apple is selling an increasingly rich mix of iPhones, which helped the company enjoy a year-over-year increase in iPhone average selling prices (and, therefore, revenue).

Here's what Piecyk had to say:

The mix of iPhone X obviously rose during the quarter based on the late launch in CQ4. However, the iPhone 8+ also performed well, representing the highest share among iPhones and likely all smartphones in CQ1, according to the Wave7 survey data. Share for the 8+ was particularly strong in March.

I think this explanation is quite reasonable, especially considering the ongoing shift in consumer preference toward large-screen smartphones.

Ultimately, I think the continued success of the iPhone 8 Plus (which, frankly, is turning out to be something of the unsung hero of the current iPhone product line) is what's driving Apple to release the rumored mainstream iPhone with a 6.1-inch liquid crystal display.

Such a device should have even more screen real-estate than the iPhone 8 Plus but in a potentially smaller physical footprint, making the device more convenient to use. It should also be more aesthetically pleasing, as Apple is likely to substantially reduce the bezels on the device.

If Apple can offer such a device at the same price as it currently does the iPhone 8 Plus or potentially even lower (KGI Securities analyst Ming-Chi Kuo thinks the new device will start for between $700 and $800, while the iPhone 8 Plus starts at $799), then it would be poised to appeal to a large portion of the iPhone buying population.

Apple needs to convince current iPhone owners to upgrade, convince first-time smartphone buyers to choose an iPhone, and convince as many Android users as it can to switch to an iPhone. With the right product lineup -- and I think Apple has a compelling enough lineup in the pipeline for later this year -- it should be able to achieve all three and, at least for a while, buck the weak overall smartphone market trends.