The average stock in the S&P 500 yields just under 1.9% these days. Not only is that less than half the historical average, but it isn't much better than what someone could earn on government bonds or a bank CD. Because of that, investors seeking a more lucrative dividend stream need to dig a little deeper.

While there are several higher-yielding options available, two that stand out are energy midstream master limited partnerships (MLPs) Crestwood Equity Partners (CEQP -2.39%) and Oasis Midstream Partners (OMP). That's because both offer an attractive dividend that currently yields more than 9%, which they not only back with sound financials, but should increase in the coming years. 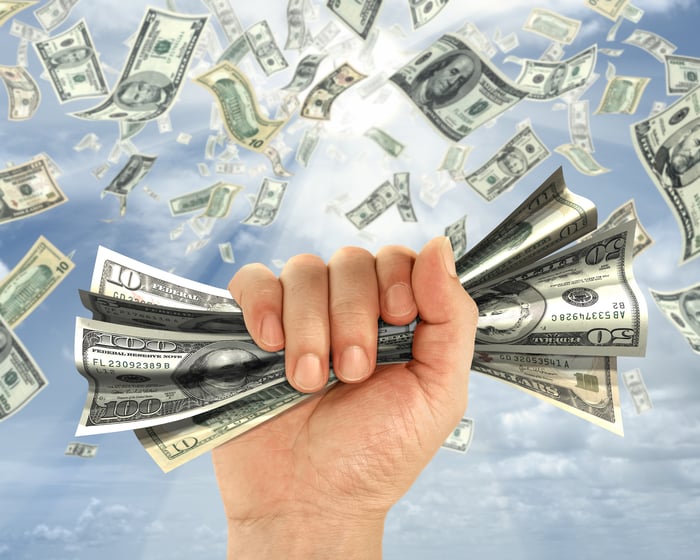 Getting ready to hit the gas again

Crestwood Equity Partners is on pace to generate between $195 million to $225 million in cash flow this year from its portfolio of pipelines and processing plants. That's enough money to cover its 9%-yielding payout by a comfortable 1.2 to 1.3 times, which is a much more conservative level than most other MLPs. The company provides further support for that payout by planning to maintain its leverage ratio between 4.0 to 4.5 times, which is about average for the sector. Those numbers suggest that the company's current distribution is at a very sustainable level.

However, what makes Crestwood's payout look even more attractive is the growth it has coming down the pipeline thanks to the $300 million of growth projects it has under way. As these expansions come online, the company "anticipate[s] significant cash flow ramps in the latter half of 2018 and 2019," according to CEO Robert Halpin. That leads him to believe "Crestwood will be in a position to re-evaluate its distribution growth objectives in the second half 2018." According to one analyst, the company could increase its payout by at least 5% annually through 2021 while maintaining its sound financial profile.

Oasis Midstream Partners is one of the newest MLPs on the market, having completed its initial public offering last fall. Since that time, the company reported solid numbers that back not only its 9.7%-yielding payout, but a forecast that could see that payout expand at a 20% annual clip for the next few years.

Fueling that growth should be a combination of higher volumes flowing through its systems, upcoming expansion projects, and acquisitions of additional midstream assets from its oil-producing parent Oasis Petroleum (OAS). Those three fuels should boost Oasis Midstream Partners' cash flow so that its distribution coverage ratio will improve from 1.12 times last quarter to more than 1.2 times this year, even as the company maintains an ultra-low leverage ratio of less than 2.0 times. That increasing coverage and low leverage will give it the financial flexibility to fund its expansion initiatives so that it can deliver high-octane distribution growth in the coming years.

Great income now, even more up ahead

What makes these two high-yield stocks stand out is their compelling combination of a well-supported, yet lucrative income stream that both expect to grow in the coming years. Those factors suggest investors can benefit from both a higher dividend and rising valuation, which could fuel market-beating total returns in the future. That potential one-two punch makes these MLPs worth checking out.