Please ensure Javascript is enabled for purposes of website accessibility
Log In Help Join The Motley Fool
Free Article Join Over 1 Million Premium Members And Get More In-Depth Stock Guidance and Research
By Jordan Wathen – Updated Apr 3, 2018 at 11:17AM

The Oracle of Omaha often gets special deals when he makes an investment, but can he also get them when he sells?

Drywall maker USG (USG) isn’t for sale, but that isn’t stopping a German company by the name of Gebr Knauf from making a bid, nor is it stopping Berkshire Hathaway (BRK.A 0.35%) (BRK.B 0.40%) from trying to profit from getting in the middle of things as USG's largest shareholder.

After USG slapped down Knauf’s recent bid, Warren Buffett offered to come to the rescue. He proposed a solution where Berkshire Hathaway would support Knauf’s acquisition of USG, but only if Knauf paid an $87 million “fee” for his help.

When it comes to bargaining chips, there aren't many better than having Warren Buffett on your side -- and Buffett knows it.

As a long-time shareholder and 30.8% owner of USG, Berkshire Hathaway has a lot of say in whether it gets sold and at what price. With roughly a third of the vote, Buffett has de facto control over whether or not a sale of USG gets the requisite shareholder support. You just need Buffett and a few big index funds to put together a voting majority.

That should be pretty easy to do, since Buffett has influence that goes beyond his voting power. As one of the greatest investors of all time, people will follow his lead. If Buffett says he’s willing to sell Berkshire’s stake in USG, you can bet that USG's executives, board members, and other shareholders will consider a sale more seriously. 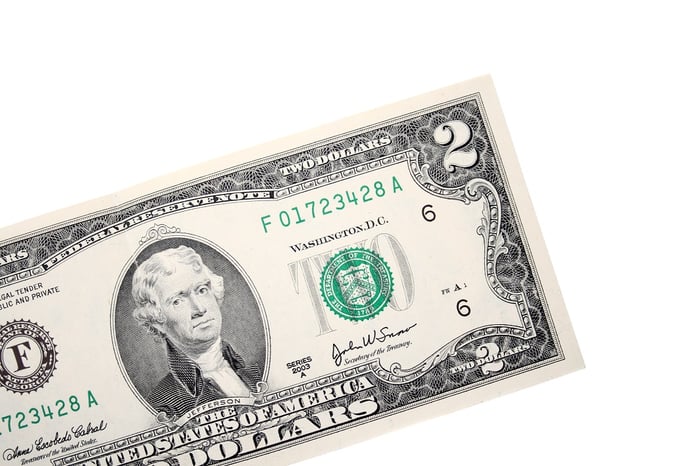 How Buffett offered to help

This short story plays out in a recently filed regulatory filing. Knauf has reached out to Buffett over the span of several years to discuss its interest in buying USG. Most recently, Knauf provided Berkshire Hathaway a letter it sent to USG on March 15, proposing to acquire the drywall manufacturer for $42 per share.

USG declined Knauf’s proposed bid of $42 per share, saying that the price was insufficient. That’s typical fare for mergers and acquisitions. A bidder makes a proposal, and the potential seller says “yes,” “no,” or “maybe if you pay more.”

But what isn’t typical is when the largest holder of the target company offers to sell its influence. And that’s where this story takes an interesting turn. Shortly after Knauf sent its proposal to USG, Warren Buffett and another Berkshire Hathaway executive phoned Knauf with an offer to help, but only if Knauf was willing to pay for it.

Berkshire Hathaway told Knauf it would agree to sell its stake in USG for at least $42 per share, but Knauf would have to get the acquisition of the whole company put together in roughly six months' time. Berkshire would set aside its USG shares for Knauf to buy at any time over the next six months, but for that service, Knauf would have to pay Berkshire $2 per USG share upfront, or about $87 million in all.

What’s in it for Berkshire and Knauf

You can think of the $87 million payment that Berkshire wanted from Knauf as a deposit. If Knauf were able to put together a deal to buy USG within six months, then it would be able to acquire USG shares from Berkshire at the announced acquisition price, less the $87 million upfront fee.

If Knauf couldn’t get a deal put together in six months, then Berkshire Hathaway would simply keep the $87 million deposit as profit.

The gamesmanship here is amazing. Buffett knows Knauf has been thinking about buying USG for a long time, and that it will need his support to do it. Buffett’s offer allows Knauf to put $87 million at risk to show USG, and the market, that is it really serious about buying the company.

What Berkshire is really selling is bargaining power. For a deposit of $87 million, Knauf can go to all of USG’s other shareholders with a piece of paper that implicitly says "We think Knauf is paying full price for USG, so we’re taking the money and you should, too,” signed by Warren Buffett himself.

That's compelling, to say the least, but the question is whether or not Knauf is willing to risk $87 million on its ability to reach an agreement to buy the company quickly. (According to the aforementioned SEC filing, Knauf had not yet responded to Buffett's proposal.)

Berkshire often gets special deals because Buffett is a household name, and people respect his investing abilities. If you really need to raise $1 billion, it looks a lot better to sell 10% of your business to Berkshire Hathaway than sell 8% of it to Dumpster Fire Capital Partners, LP.

When Berkshire invested $5 billion in Bank of America during the European debt crisis, for instance, Berkshire got a really juicy deal on which it made a fortune. Bank of America got the capital injection it needed, but more importantly, it also scored some credibility from having an investing legend bet billions on its success at a time when bank stocks were almost universally hated. Arguably, both sides got a good deal.

This Knauf-USG ordeal is really different, though. It puts a new twist on the supposed Buffett premium because the legendary investor wants special terms as a seller, not a buyer. Think about that for a little bit. If you're buying an investment, the greatest investor of all time is likely the last person you want as the seller. The odds are good that you're the dumb money. Yet, here we are, with Buffett trying to extract a premium as a seller, and doing it publicly, as if this is no big deal at all!

Ultimately, having Buffett on Knauf's side may help get a deal done quickly, less expensively, or both. Or maybe not. No one can say for sure. But Buffett & Co. wanted to get paid either way, to the tune of $87 million in the form of a deposit, for Knauf to be able to count Berkshire in its corner.