Shares of Spectrum Brands Holdings Inc. (SPB 2.13%) jumped 15% today after the company announced that the Federal Trade Commission (FTC) has allowed expiration of the mandatory waiting period under the Hart-Scott-Rodino Antitrust Improvements Act of 1976 (HSR Act) regarding the planned sale of the company's battery and lighting products business to Energizer Holdings (ENR 0.16%). Energizer stock also climbed 12.4% today on the news. 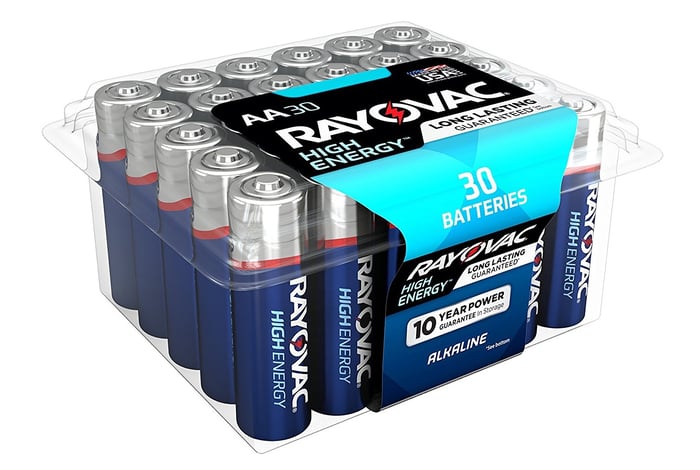 For perspective, Spectrum Brands initially agreed to the divestment -- which notably includes the Varta and Rayovac brands -- to Energizer for $2 billion, a little over two months ago. At the time, Spectrum management called it "culmination of our efforts to sell the battery business in order to refocus Spectrum Brands and enhance shareholder value." Then, late last month, Spectrum Brands announced it had agreed to combine with holding company HRG Group, effectively changing its ownership structure to be an independent company with a more "widely distributed shareholder base and improved governance structure."

But while Spectrum Brands insisted the combination would not have any impact on its pending battery-business sale, investors and analysts were still concerned that antitrust challenges could prevent the deal from happening. Still, during the subsequent conference in January, Energizer Chief Operating Officer Mark LaVigne reassured shareholders, stating, "Given the complementary nature of our market and the complementary nature of products in both companies, we don't expect any major hurdles in getting through any regulatory approval for this."

While the merger is still subject to regulatory approvals in several international jurisdictions, the potential for a challenge by the U.S. FTC was largely viewed as its biggest threat. As such, both companies now expect the transaction to close in the second half of 2018.