Verizon Communications (NYSE:VZ) and CenturyLink (NYSE:LUMN) are two of the three largest telecommunications companies in America today. Despite sharing a common market, the two companies could hardly be more different. Household name Verizon is five to 10 times larger than CenturyLink, depending on what business metrics you're looking at. That difference unlocks massive economies of scale for the larger business, making for two very different investment theses.

So which of these telecoms would be more at home in your portfolio -- the established giant or the plucky underdog? Let's have a look.

CenturyLink vs. Verizon by the numbers

It's only fair to point out that CenturyLink's trailing sums are in the middle of a swift rise right now. The company closed its acquisition of broadband services veteran Level 3 Communications in November. With that high-volume business under its wing, CenturyLink's revenue run rate now stands at roughly $24 billion a year, up from $17.7 billion before the closing of that deal.

That's still a far cry from Verizon's enormous scale, though. Then you run into the massive fixed costs of running a large telecommunications service, and you'll find the top-line revenue melting away before reaching the bottom line.

Both companies keep minimal cash on hand while nursing huge debt balances. For Verizon, net debts add up to roughly one year of top-line sales. In CenturyLink's case, it's more like a year and a half. On top of that, Verizon holds a respectable investment-grade credit rating but CenturyLink's credit only qualifies for "highly speculative" junk bonds. That results in higher interest rates on CenturyLink's heavier debt load, which is bad news for the company's profitability. 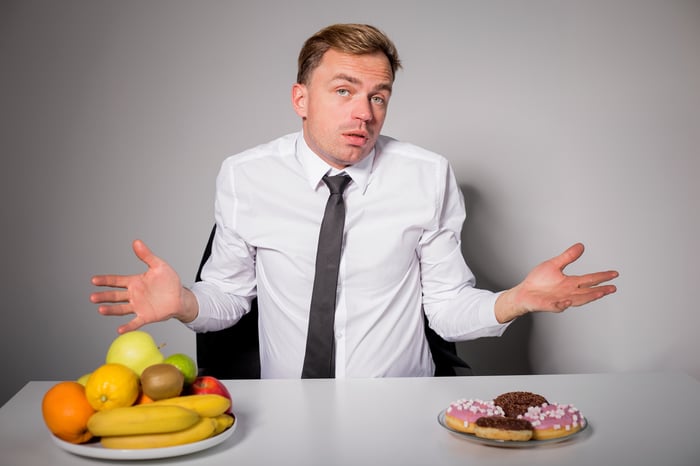 Will dividends save the day for CenturyLink?

The one bright spot among CenturyLink's metrics would be the incredibly high dividend yield. Unfortunately, extreme yields are often more likely signaling problems with the underlying business model than highlighting game-changing wealth builders.

Here, Verizon has boosted its annual dividend payouts in each of the last 11 years. CenturyLink's dividend policy has not changed since the winter of 2012-2013 -- and that was a 26% cut.

Don't expect these trends to change anytime soon. Verizon is only paying out 31% of its annual earnings in the form of dividend checks but CenturyLink's payout ratio stands at an unaffordable 105%. There's no room for improvement in the smaller company's policy, but plenty of reason to expect the payouts to get another haircut someday soon.

So CenturyLink's dividends are high only because its share prices are running way low. Weak sauce, indeed.

I'm not a particularly huge fan of Verizon or its stock right now, because Big Red has its own problems. The upcoming 5G wireless launch will be a turning point for the telecom markets in general, and Verizon seems to have more to lose than to win in that revolution.

Even so, Verizon remains a much healthier investment than CenturyLink -- despite the smaller company's efforts at delivering growth by acquisition.

Verizon is the obvious pick here. It's not even close.