Please ensure Javascript is enabled for purposes of website accessibility
Log In Help Join The Motley Fool
Free Article Join Over 1 Million Premium Members And Get More In-Depth Stock Guidance and Research
By Dan Caplinger – Apr 2, 2018 at 10:15AM

The cloud computing company still wasn't able to release results, but it did have some useful things to say.

It's been more than a year since Synchronoss Technologies (SNCR 6.14%) released earnings results. Investors have had to endure a long wait as the cloud computing specialist has gone through an extended process of restating several years' worth of the company's financials. During that period, the stock has remained depressed, having fallen initially on the news and failing to participate in the boom that has lifted so many of its peers.

Investors were pleased to hear last month that the company would finally offer a chance for them to get an update on its progress. Although Synchronoss still couldn't give numbers pending the completion of its restatement efforts, some of the comments that CEO Glenn Lurie and CFO Larry Irving made were helpful in understanding where the company is right now and how its future looks. Let's take a closer look at what it said and what's ahead for Synchronoss Technologies. 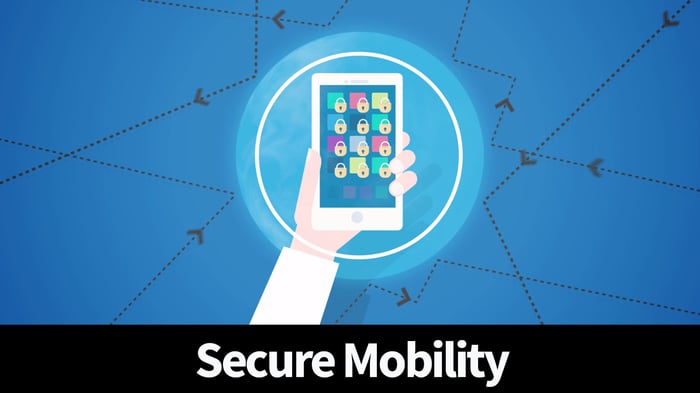 Lurie started the call by discussing his new position at Synchronoss. In his former role at AT&T, Lurie worked extensively with Synchronoss in its traditional mobile activation business, which he argued was "critical in enabling components of AT&T's value proposition to customers" and "always did an outstanding job supporting all customers' issues."

Yet the telecom industry has gone through a massive transformation. Stronger competition and the need to upgrade to 5G networks present new challenges to Synchronoss customers, and consolidation within the telecom sector has made it hard to sustain and build relationships with newly transformed wireless providers. That's made it critical for the company to come up with a new strategy.

To move forward, Synchronoss has made aggressive moves. It restructured the organization to make sure that key employees contributed the most to its overall efforts, as well as adding new leaders in key areas. The cloud company also did what it called a "complete corporate reset" in which Synchronoss looked closely at culture, structure, cost basis, and business models in a critical way to find room for improvement.

Some of the key products and services that Synchronoss offers are more important than ever. Lurie pointed to the value of mobile data backup for seamless recovery and upgrading to new devices, as well as providing a single portal for unified support for customers. Messaging has taken greater significance in the digital world, and the company aims to take advantage of it by helping its carrier customers hang onto messaging rather than losing it to third-party providers. Finally, the Internet of Things offers a huge opportunity, with support for large corporate customers as well as the value of putting data to use.

Synchronoss also trumpeted its victories. Earlier in March, the company said that Verizon (VZ 1.29%) had renewed its cloud contract for the next five years. Lurie cited the decision as just "one example that reaffirms the value carriers are placing and receiving from cloud and reaffirms Synchronoss as the first-choice cloud provider."

That followed on the heels of February's announcement that Sprint (S) had chosen Synchronoss to support its entire business-to-business platform for corporate clients of all sizes. The collaboration will include both wireline and wireless connectivity along with Internet of Things applications.

What's next for Synchronoss?

Unfortunately, there was a lot that Synchronoss couldn't discuss in detail. Lurie ended up having to deflect questions about specifics of the company's relationships with Verizon and AT&T, and neither he nor Irving could provide much information in terms of sales growth and profitability. Nevertheless, the executives pointed to May 10 as the date on which they expect to meet filing requirements and provide a much more complete picture of Synchronoss and its financial condition.

Synchronoss investors initially reacted poorly to the news, but by the end of trading on Thursday, the stock was down only slightly. All eyes will be on the company's projected May announcement, and what Synchronoss says there could determine whether the cloud specialist's stock manages to rebound from its big losses in recent years.