President Trump ramped up his attack on the e-commerce leader. Here's what investors need to know.

Shares of Amazon.com (AMZN -7.16%) fell 5.2% on Monday after President Trump renewed his attack on the online retail giant over taxes and its relationship with the U.S. Postal Service.

Only fools, or worse, are saying that our money losing Post Office makes money with Amazon. THEY LOSE A FORTUNE, and this will be changed. Also, our fully tax paying retailers are closing stores all over the country...not a level playing field!

This was the third time in five days that the U.S. president has criticized Amazon on Twitter. Amazon shares initially fell last Thursday following a report from Axios claiming that Trump is "obsessed" with "go[ing] after" the company. And Trump has sustained his verbal attacks over the Post Office claim despite being informed "in multiple meetings that his perception is inaccurate and that the Post Office makes a ton of money from Amazon."

Furthermore, as Fox News separately pointed out today, federal regulators have consistently "reviewed the Amazon contract with the Postal Service each year and determined it to be profitable." 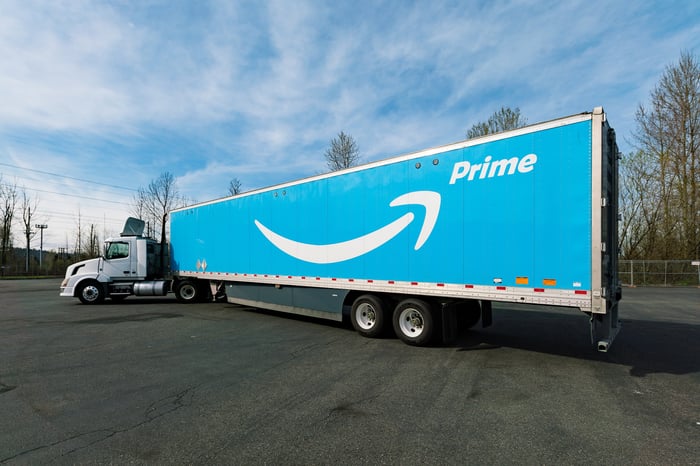 Regarding Trump's second point, note that Amazon collects and pays sales taxes on products it sells directly in all 45 states that have a sales tax. Instead, the source of Trump's frustration here almost certainly stems from the fact that Amazon does not collect sales taxes on behalf of third-party sellers who use its site.

Even then, we should note that Amazon has long supported -- and has lobbied heavily for -- passing the Marketplace Fairness Act, which requires those third-party sellers to collect sales taxes. Amazon also offers an optional sales-tax collection service (for a fee) to aid those sellers' efforts to that end.

It remains to be seen, then, exactly what President Trump is planning to curb Amazon's power. But given the mere threat of that happening -- and whether he'll actually follow through or not -- it's no surprise to see Amazon stock falling today in response.