A head-scratching 20% dip this year has pushed this rock-solid yield up to 5.7%.

Valero Energy Partners (NYSE: VLP) has stumbled out of the gate in 2018, falling more than 20%. The decline came even though the master limited partnership (MLP) reported strong fourth-quarter results and increased its payout once again. It makes this often-overlooked subsidiary of refining giant Valero Energy (VLO -0.36%) look like a more attractive opportunity these days, especially considering its growth potential.

Valero Energy formed its MLP in 2013 to operate and acquire pipelines and storage terminals to support its operations. The refining giant has steadily grown Valero Energy Partners since then by dropping down its midstream assets in a series of deals that have increased earnings and cash flow at a rapid pace. Last year was no different as earnings jumped 25% to $328.3 million, while cash flow rose 18% to $283.7 million. That growth enabled the company to boost its cash distribution to investors by 25% even as it comfortably covered the payout with cash flow by 1.6 times, well above the 1.3 times average of its peer group. 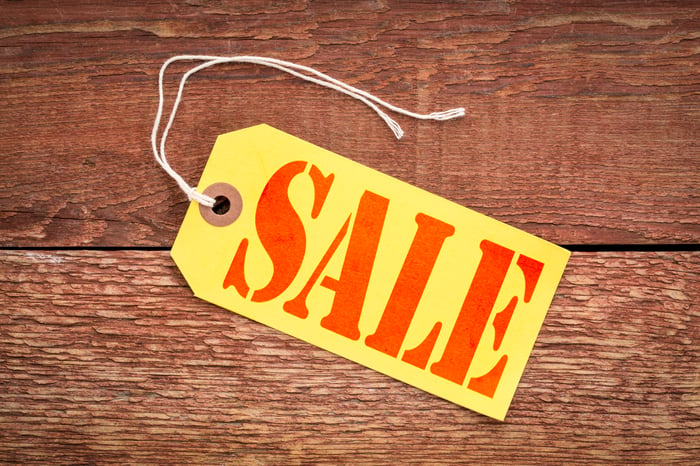 Setting the stage for last year's strong showing was the purchase of two storage terminals from Valero at the end of 2016 for $325 million, adding about $39 million to the bottom line. Valero Energy Partners followed that up with a smaller deal in early 2017, buying a stake in the Red River Pipeline from Plains All American Pipeline (PAA -0.19%) for $70 million. Plains All American Pipeline had just built that 138-mile pipeline and associated storage terminals to supply oil to a refinery operated by Valero in Oklahoma but it needed the money to pay down debt. Finally, Valero Energy Partners capped the year off by acquiring two more assets from Valero in October, paying $508 million for a pipeline and storage terminal that will add $60 million in annual earnings. Even with all those acquisitions, Valero Energy Partners managed to keep its leverage ratio at a comfortable 3.4 times. For comparison's sake, Plains' leverage ratio hit a worrisome 4.7 times last year, which led it to take several actions to improve its financial situation, including selling assets and cutting its distribution to investors.

Valero Energy Partners' most recent acquisition sets the stage for additional growth in 2018. Overall, the company estimates it can generate enough cash flow this year to increase its payout by at least another 20% while maintaining a healthy coverage ratio.

The company believes it can continue to deliver top-tier distribution growth in the coming years, fueled by a steady diet of dropdown transactions with Valero, supplemented by organic expansions and additional third-party acquisitions. Valero owns a vast portfolio of MLP-eligible assets that currently generate more than $1 billion of annual earnings that it could drop down over the next several years, including the Diamond Pipeline, which is a 50-50 joint venture with Plains All American Pipeline that entered service late last year. In addition to those assets, Valero continues investing in new midstream projects that it could drop down to its MLP once complete. One of the largest is a partnership with Magellan Midstream Partners (MMP -0.65%). As part of that agreement, Valero will invest $380 million in building pipelines and other logistics assets in Central Texas as well as $410 million into a new marine terminal in Houston that Magellan has under development. While these assets won't enter service until mid-2019 and early 2020, respectively, they'll add more fuel to Valero's dropdown growth tank.

A compelling income opportunity for the long term