Investors were not pleased with fourth-quarter earnings.

Shares of Switch (SWCH -0.22%) have gotten crushed today, down by 16% as of 12:20 p.m. EDT, after the data center specialist reported fourth-quarter earnings. Net losses were worse than expected.

Revenue in the fourth quarter came in at $99.3 million, which was just slightly shy of the $99.6 million in sales that analysts were modeling for. That translated into a non-GAAP net loss of $0.47 per share, which was much worse than the consensus estimate of $0.22 per share in adjusted losses. On a GAAP basis, Switch lost $2.09 per share. 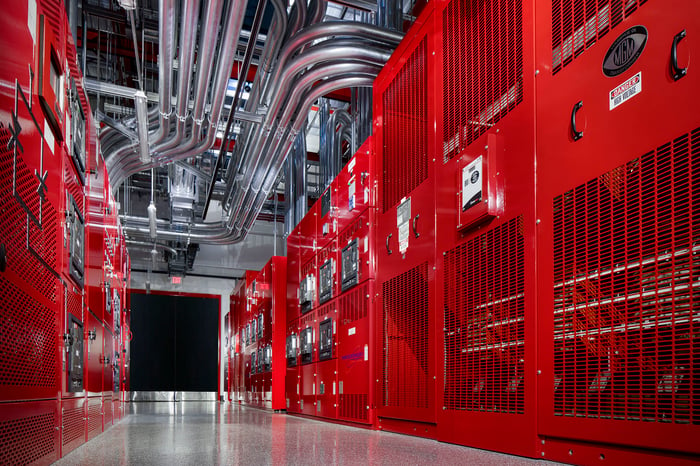 Adjusted EBITDA was $51.1 million and capital expenditures came in at $118.6 million during the quarter.

"Switch achieved another year of revenue growth as it continued to expand its presence and grow its customer base, while advancing its role in sustainability," CEO Rob Roy said in a statement. "With our innovative, patent-protected technology, we believe Switch is highly differentiated, decidedly competitive and unrivaled in our expansion capacity."