High-volume Model 3 production is finally looking like it could be the real deal.

Optimism from the stock on Wednesday likely reflects the same catalyst that sent shares higher on Tuesday: The automaker said Model 3 production had accelerated to a rate of about 2,000 units per week. In addition, Tesla said the Model 3's rapidly rising production meant the electric-car company wouldn't need to raise capital this year. 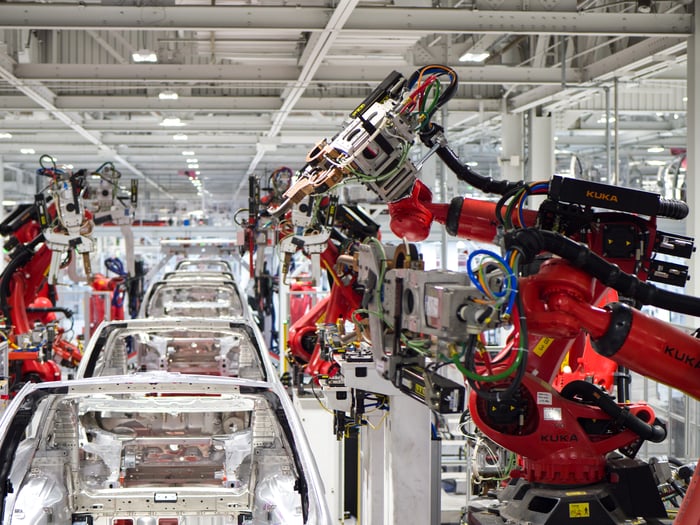 Though Tesla came up short of its target of ending Q1 at a production rate of 2,500 units per week, the company's progress is significant enough to encourage investors.

Looking ahead, Tesla still believes it can hit a production rate of 5,000 Model 3s per week in about three months. But investors should remain skeptical about this ambitious forecast considering the automaker's six-month delay from its initial targets and the fact that it didn't quite hit its target for 2,500 units per week.