The oil-field services company is benefiting from some analysts' bullishness.

Shares of Weatherford International PLC (NYSE: WFT) closed Thursday up more than 12% on the heels of some positive commentary about the oil services company from analysts.

On Wednesday, an analyst from Jefferies upgraded Weatherford's stock from underperform to hold, and gave it a $2.50 price target, which is still a few cents above where shares were trading this afternoon. Driving the decision to upgrade was the analyst's view that the prior stock price reflected low expectations for the proceeds the company will receive from asset sales. 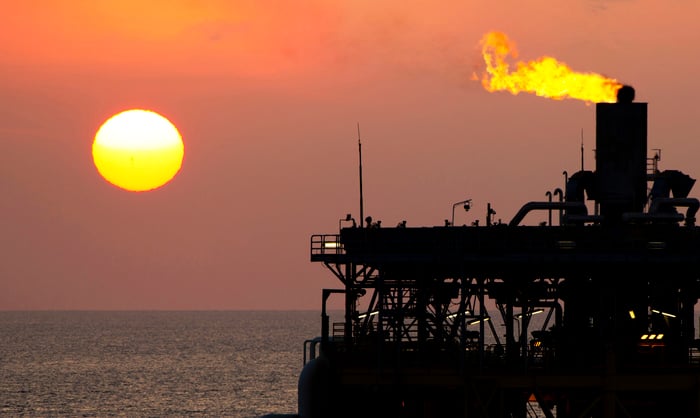 SunTrust followed that up Thursday with its own positive note on the company. While it maintained its buy rating and $6 price target, it also said it sees Weatherford's land rig sale as a potential catalyst for the stock. Yet expectations for the company remain low overall due to delays in completing wells, low gas prices, and a big discount in the price of Canadian crude.

These more favorable notes followed a downgrade from earlier this week. Piper Jaffray cut its view of Weatherford from overweight to neutral, and lowered its price target from $4.20 to $2.35 per share, citing the company's longer-than-expected turnaround and its continuing balance sheet troubles. By contrast, Piper Jaffray upgraded oil services rival Baker Hughes (BKR 2.50%) from neutral to overweight, citing a valuation and balance sheet that were better than its peers. That upgrade followed a similar one by BofA Merrill Lynch, which now rates Baker Hughes a buy on the strength of its liquified natural gas equipment business, which it sees as a catalyst for the stock.

Weatherford International fell more than 60% over the past year, but analysts are starting to see some upside potential from here. If the company can indeed sell assets for a good price, that could be the catalyst that finally gets this stock out of its doldrums. On the other hand, if it can't, then its hard to see how the company can get out of its mess.