One challenge inherent in delivering packages to people's homes is that something could happen to the item before the buyer brings it inside. There could be theft, rain could damage what's inside the box or envelope, or wind could sweep it away.

Amazon (NASDAQ:AMZN) attempted to solve that with Amazon Key, a combination keyless entry and Wi-Fi camera that lets people give others an access code to get into their home. Amazon Prime members in 37 cities had the ability to use Key to get in-home delivery from the online giant.

Under that program, the customer can select "in-home" and the person delivering their Amazon order gets one-time access to open their door and access their home. The customer gets sent a window for when the delivery should take place and has the ability to watch the delivery being made via the camera or to watch it later.

As you might imagine, the idea of Amazon having access -- even limited access -- to the inside of people's homes without the homeowner opening the door led to privacy concerns and negative feedback. That may be why Amazon is taking parts of Key nationwide, but at least for now, has opted to leave the "in-home" delivery option limited to the 37 cities. 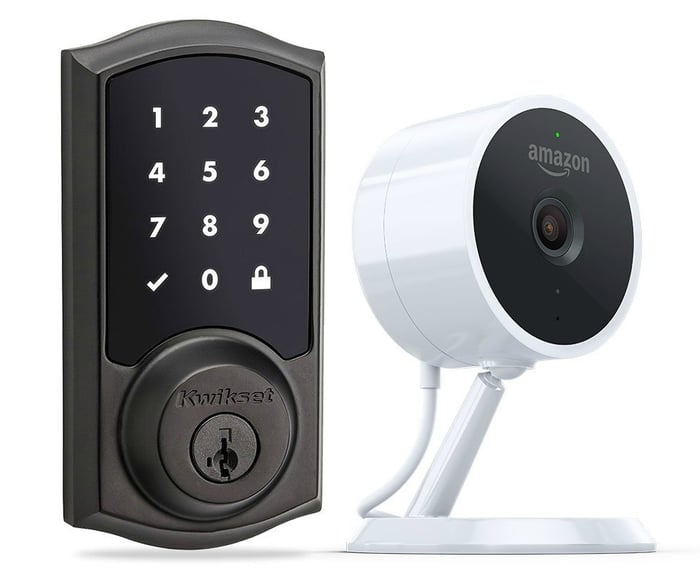 Key offers keyless entry services not related to package delivery. Users can set up one-time or permanent access for friends, family members, and anyone else that needs access to their home and can remotely lock or unlock their doors.

Those features will be available in the nationwide version of Key, but Amazon package delivery will not. That may be because the majority of Americans were not comfortable with the idea of delivery drivers having access to the homes, according to a survey of 2,021 U.S. adults conducted by Morning Consult.

Amazon says it has added a feature that allows users to view video clips of who's going in or out their door when it is locked or unlocked.

It's very likely that Amazon wants consumers to get comfortable with the idea of using Key to give access to their homes to people they know. After that, it seems logical that the program could be expanded to include deliveries from the online retailer, though Amazon has not commented on any plans for that happening. Instead, Amazon Key General Manager Rohit Shrivastava kept his remarks in the press release about the national launch focused on the national roll-out.

"It's a great service for busy families; you no longer have to worry about giving keys to service providers like house cleaners, instead you can give them their own code right from your Amazon Key App," he said.

Amazon clearly has big plans as evidenced by its recent purchase of Ring, a smart-doorbell company, and its earlier acquisition of Blink, a security camera and video doorbell manufacturer.

Amazon is in the lead

Keyless entry is not new technology, but Amazon makes it very easy, offering installation services along with its door lock/camera packages. The convenience offered by this type of door lock, along with the built-in safety features should eventually overcome consumer reservations.

As that happens, Amazon will gain access to more homes and be able to solve package delivery problems. Better yet, at least for the company and its shareholders, it can do so in a way that makes it the retailer of choice for customers who opt for its keyless entry packages.