Please ensure Javascript is enabled for purposes of website accessibility
Log In Help Join The Motley Fool
Free Article Join Over 1 Million Premium Members And Get More In-Depth Stock Guidance and Research
By Rich Duprey – Apr 6, 2018 at 8:06AM

The stock may not be as obvious as you think.

The market for smartwatches doesn't appear to be slowing down anytime soon. Research analysts at IDC say the global market for wearable devices is expected to grow 15.1% in 2018, hitting a total of 132.9 million smartwatches, fitness trackers, and watchbands, and that it should deliver compounded annual growth rates of more than 13% over the next five years, reaching 219.4 million units by 2022.

While a rising tide may lift all boats, it's expected that the most prominent manufacturers will be the biggest beneficiaries. Apple (AAPL -1.26%) is seen as gaining the most from this growth, because the Apple Watch accounted for almost half of all smartwatches shipped in 2017.

Although IDC expects Apple to continue leading the pack, it also anticipates Fitbit (FIT) and Garmin (GRMN 2.72%) gaining ground too, and it's in that second tier that investors should look for opportunities. 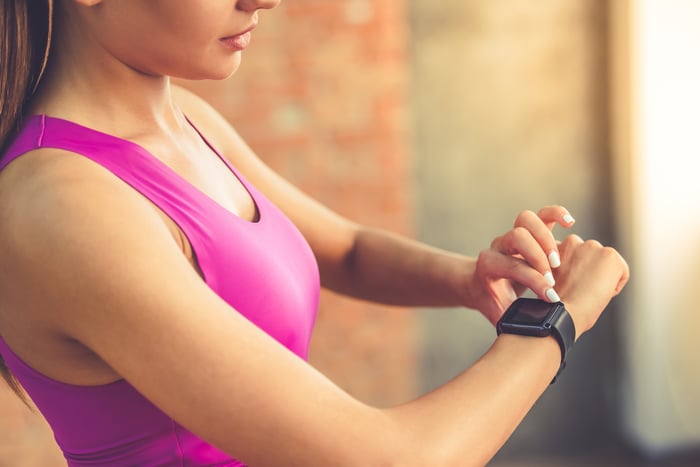 Smartwatches are expected to have the highest average selling prices over the forecast time period, and are expected to account for more than two-thirds of the dollar value of the entire wearables market. Fitbit's new Versa smartwatch may be the device it needs to stem hemorrhaging sales, but it may be too little, too late. Garmin's family of wearables can effectively challenge both Fitbit and Apple for market share, and Garmin has other advantages besides.

Garmin remains the go-to device maker for serious athletes, and it should benefit from the increasing functionality it is adding to its devices. Last summer it introduced three new Vivo-branded wearables that offer a broad spectrum of uses, from fashionable styling to pure fitness and activity tracking. A feature-rich platform and extra-long battery life, coupled with an expanding list of contactless payment partners, make them contenders for consumer attention.

However, what makes Garmin a more attractive investment than Fitbit is that it has more to offer than simply wearables. While they're an exciting and growing component of Garmin's business, contributing significantly to its fourth-quarter revenue growth of 16% in its outdoor segment and leading to a 1% increase in fitness revenue, investors also have exposure to the aviation, marine, and automotive markets. 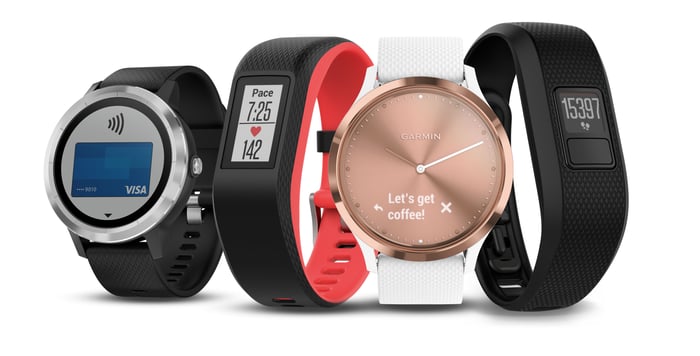 Aviation may not be its biggest market, but Garmin saw solid 14% growth in the segment as revenue ran over half a billion dollars in 2017, while the even smaller marine division saw a 13% jump in revenue. Those segments provide a substantial buffer to the more competitive auto market, where the company took a hit as auto revenue dropped 15% for the year. But the potential for Garmin to capitalize on self-driving cars, despite recent setbacks from fatal crashes, makes this market a long-term play.

Similarly, I think we'll see Garmin's market share in fitness -- its biggest operating segment -- reverse course and start to grow again, as the enhanced functionality of its devices catches on. It will still live in the shadow of the Apple Watch, but Garmin's wearables are more compelling than Fitbit's, and Fitbit may not be able to halt the slide in its share.

Fitbit's stock may be beaten down, but Garmin's own low valuation makes it the more attractive play, as does its current annual dividend yield of 3.6%, something Fitbit is unlikely ever to be able to offer.

Investors buying into Garmin are betting on the continued popularity and growth of the wearables market. But they're doing so with the support of a well-diversified business model that makes the company a potentially steady performer for long-term gains.