Please ensure Javascript is enabled for purposes of website accessibility
Log In Help Join The Motley Fool
Free Article Join Over 1 Million Premium Members And Get More In-Depth Stock Guidance and Research
By Ashraf Eassa – Apr 10, 2018 at 6:45AM

Intel has leveraged the existence of both processor cores to effectively segment its processor product lines. That segmentation has helped the company to both improve its cost structure on lower-cost chips (since the Atom cores are smaller and are cheaper to produce) while also improving the company's product mix (since there are tangible benefits to paying more for a Core-based system over an Atom-based one). 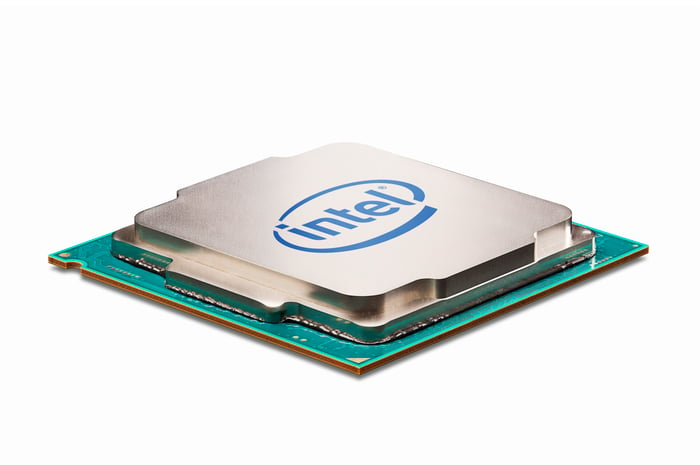 Let's go over what we know about Tremont and why it matters.

Significant design changes should enable higher performance and better power efficiency, something that we've seen Intel deliver a few times over the last five years with its Atom processor cores.

Perhaps just as importantly, though, Tremont should be manufactured on some derivative of the company's 10-nanometer chip manufacturing technology. The migration from 14-nanometer (Intel's current Goldmont Plus processors are built on the company's first-generation 14-nanometer technology) to 10-nanometer should yield substantial performance and power efficiency benefits on top of whatever design improvements Intel has made.

An important core for PCs -- and beyond

However, I don't think Atom's usefulness in helping Intel defend its core markets ends with personal computers. Intel has used its Atom processor cores to build low-power server/networking chips in the past. While those chips have admittedly seemed like low-effort projects, I think (or, perhaps, hope) that Intel will get more aggressive in building many-core Atom-based processors as ARM-based chips become more credible offerings for certain types of data center workloads.

Today, Atom-based server/networking chips are positioned as low-end alternatives to Intel's higher-end Core-based Xeon processors, but in the future, Intel could position such chips as equal partners to its higher-end Xeon processors. There are some workloads where fewer but much more powerful cores are needed, but there are others -- as some of the ARM-based data center chip vendors are showing -- where many more lower-performing cores prove to be more compelling options.

Intel is smart to continue to invest in its Atom line of processor cores, and I hope to see that the company puts them to good use in products that'll help it defend its core markets while also allowing it to push aggressively into new areas.