Please ensure Javascript is enabled for purposes of website accessibility
Log In Help Join The Motley Fool
Free Article Join Over 1 Million Premium Members And Get More In-Depth Stock Guidance and Research
By Ashraf Eassa – Apr 12, 2018 at 9:30AM

Intel (INTC -2.31%) is one of the biggest research and development (R&D) spenders in the chip business. In 2017, the company's R&D spending hit $13.1 billion -- a record level for the company. Moreover, that R&D spending has been on the rise for years, as the chart below shows: 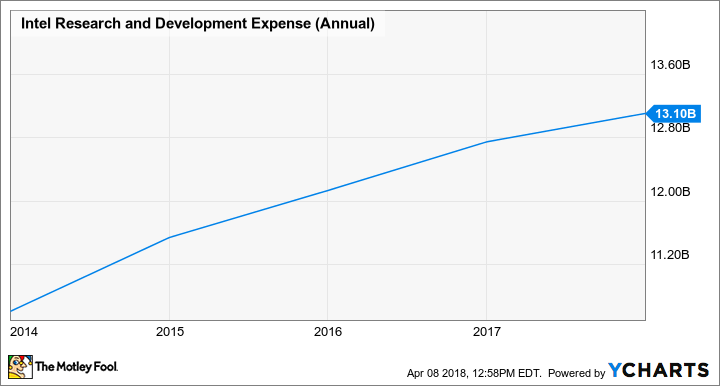 Considering that technology complexity continues to grow with each year, and that Intel continues to broaden its product portfolio, that increase in R&D spending isn't surprising -- in fact, it's a good thing.

However, one thing that makes me a little uncomfortable is that Intel has recently made it clear that it aims to put a lid on its combined spending on R&D as well as marketing, general, and administrative (MG&A) expenses.

Intel's stated goal is to keep its operating expenses around 30% of its revenue.

There's nothing inherently bad about trying to make the most of each dollar spent -- it's not OK for Intel or any company to waste money. However, I worry that in light of some of the issues that Intel is currently facing, the company's spending targets might get in the way of getting those issues fixed.

Right now, arguably the biggest problem facing Intel is that it's having serious issues in getting new manufacturing technologies into mass production at acceptable yield rates.

This is a huge problem because the vast majority of Intel's revenue depends on Intel being able to bring these manufacturing technologies into production so that it can build products using those technologies. 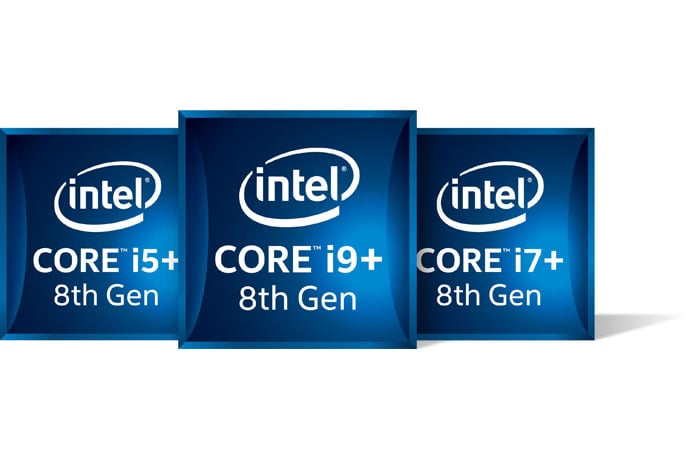 If Intel can't get those technologies to yield at acceptable rates, then at best, Intel's product costs skyrocket, which would negatively impact the company's gross profit margins. At worst, those products simply become non-viable and Intel is left scrambling to bring new products built using derivatives of old technology to market (which, not-so-coincidentally, is what Intel has been doing for the last three years).

In a market that Intel executives have openly admitted is becoming increasingly competitive, this situation is far from ideal.

So, what does this have to do with Intel's spending targets?

Ultimately, I think if Intel management has finally accepted the gravity of the situation that it's in after years of trying to convince investors that it still has a huge lead in chip manufacturing technology over the competition, it will need to dramatically ratchet up its investments in such technology.

While I don't think Intel has been cutting investments here (Intel has repeatedly noted in its quarterly/annual filings that part of its R&D spending increases have been due to increased investments in manufacturing technology), I think that the company might benefit from even bigger investments in this area (as well as, of course, much better management in the manufacturing group -- but that's another issue entirely).

I can't tell you how much Intel currently spends on manufacturing technology development -- Intel doesn't break that information out --  nor how much incremental investment is required to potentially fix the problems there. What I can say is this: Intel should give the group whatever resources necessary to work through the issues and get back on track.

If this means missing its spending targets and angering Wall Street for a few quarters, or even a few years, that's fine because the long-term damage that could come from permanently falling behind in chip manufacturing technology (significant market share loss, higher product costs, and so on) would entirely eclipse elevated spending levels in the near-term.