It's a long shot, but it could be a huge benefit to Chipzilla if it were able to secure this spot.

Calling it now (2018/Apr) next-gen Xbox will use an Intel chip (big.LITTLE) + GPU for MS to differentiate against PS5 and for Intel to show its gaming cred. Both MS/Intel have strong US/EU branding.

He predicts that chip giant Intel (INTC -2.00%) will provide the combined CPU and graphics processor chip for the next Xbox game console, displacing rival Advanced Micro Devices (AMD -2.44%), whose chips powered the Xbox One, Xbox One S, and the latest Xbox One X. 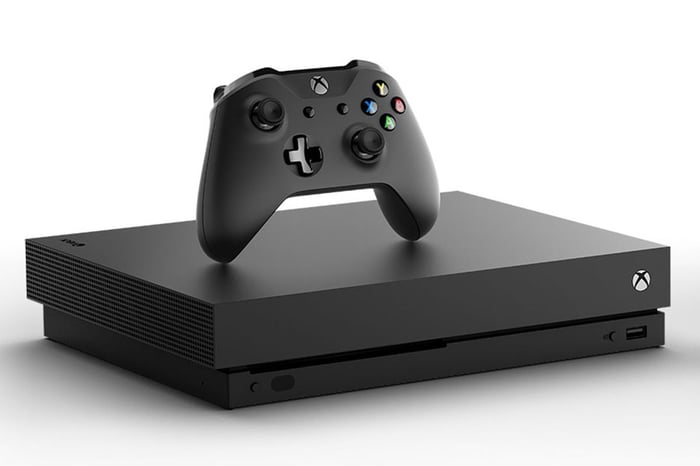 In this column, I'd like to do two two things. Firstly, I'll go over why Intel has every strategic reason in the world to try hard to win the Xbox. Secondly, I'd like to assess Intel's odds of winning the design.

Why Intel would want inside the Xbox

Game console chips don't tend to be the highest-margin processors in the world, but Microsoft sure sells a lot of Xbox consoles each year (per Statista, Microsoft sold 9.1 million Xbox One consoles in 2017).

At, say, $100 a pop, 9.1 million Xbox chip sales per year would amount to nearly $1 billion in incremental revenue for Intel -- not a game-changer, but certainly a nice boost that Intel stockholders would probably appreciate.

Beyond the immediate financial impact for Intel, though, winning a future Xbox console could be strategically very important for the company.

More importantly, though, remember that Intel is trying to enter the market for stand-alone graphics processors. Right now, game developers have very little incentive to optimize their games for Intel's graphics processors because they're not used to play graphically intensive titles.

Even if Intel were to roll out high-performance stand-alone graphics processors, it still has a long road ahead of it in terms of working with developers to get the most out of its hardware.

If Intel were to supply the graphics processors for a console like the Xbox, game developers would, practically overnight, make sure their games were finely tuned to work well on Intel's graphics hardware, and those optimizations would probably carry over to some degree to the PC versions of those games.

Intel could become a highly credible gaming graphics processor vendor for PCs as a result, something that could drive both increased revenues and profits for the company beyond the direct benefit from the Xbox chip sales.

How likely is this to happen?

Intel develops excellent CPU cores, and that plus its EMIB packaging technology (which allows the company to efficiently stitch together different types of chips onto a single chip package) would be clear assets in trying to win the Xbox spot.

Intel could also supply key components like NAND flash and Wi-Fi chips for a future Xbox, allowing it to offer Microsoft an attractively priced component bundle.

More importantly, though, it's not clear yet if Intel can deliver graphics processor technology by the time Microsoft needs it to launch a next-generation Xbox. Intel is, of course, working to improve its graphics technology, but AMD has more experience in high-performance graphics, and Intel could have a tough time trying to offer credible competition to AMD within the next two years.

Over the long term, Intel could very well find its way into a future Xbox, and it might even be possible for it to win the next one, but based on what the landscape looks like today, I wouldn't bet much on that happening.