From its beginning, Facebook (NASDAQ:FB) has promised that its site is "free and always will be," but it may be at a turning point.

The uproar over the Cambridge Analytica scandal has carried on for several weeks, with the #DeleteFacebook campaign attracting tech luminaries like Apple Co-Founder Steve Wozniak and Tesla CEO Elon Musk, as well as many other agitated users. Facebook CEO Mark Zuckerberg, meanwhile, was forced to testify before Congress to explain what the company does with its user data and its effect on privacy.

It's unclear if any regulation will result from the Cambridge Analytica incident or Russia's election meddling on Facebook, Twitter, and other platforms. However, it looks like Facebook either needs to do more to restrict advertiser access to its data in order to avoid misuse, or offer users a subscription-based, ad-free platform so users who are willing to pay for the service could do so without worrying about their data being abused. It could also do both. 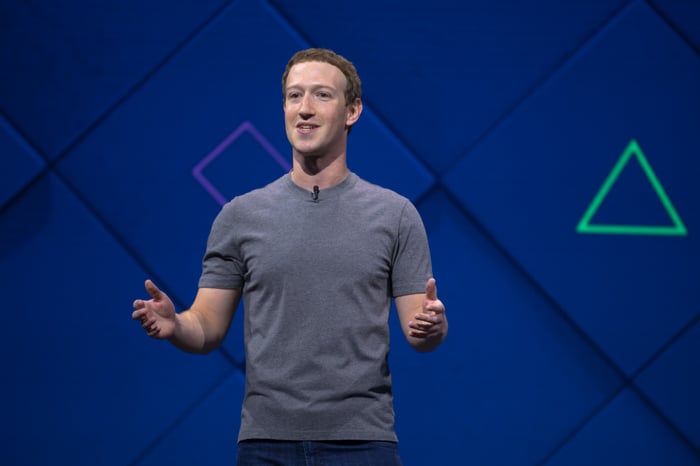 Facebook CEO Mark Zuckerberg has been in the hot seat in front of Congress this week. Image source: Facebook.

Wide profit margins emerge when the value of company's product significantly exceeds its costs. Last year, Facebook generated an operating (pre-tax) margin of 49.7%, meaning the company only needed to spend about half of its revenue on operating the business. By comparison, an operating margin around 10% is normal for the average S&P 500 company. A margin like Facebook's, around 50%, is virtually unheard of and shows the power and success of its model.

Facebook is able to produce such fat margins because the service is extremely valuable to advertisers. No other platform gives marketers the ability to target audiences so specifically with demographic characteristics like age, gender, and zip codes, and psychographic qualities like what kind of music a person likes, their favorite sports team, or where they like to shop. The social network now has 6 million active advertisers, and the advantage over traditional media channels like TV and print, which offer no comparable form of targeting, is clear.

It's not surprising then that Facebook would seek to protect its core business, but a paid model could complement its existing offering.

Facebook has more than 2.1 billion users globally, but by far the most valuable ones are in North America where the online and mobile ad market is bigger and more mature. As of its most recent report, the company had 239 million monthly active users in North America, and it generated $19.5 billion in revenue last year from the region, or nearly half of its total revenue of $40.7 billion. That means Facebook generates $81 in revenue from the average North American user annually.

That's not an insignificant sum, but considering the value that Facebook presents to users, who spend an average of 50 minutes a day on its products, it's likely that at least some people who are concerned about privacy issues would be willing to pay to avoid ads and protect their privacy. On a monthly basis, that cost would be less than $7, cheaper than major newspaper subscriptions or video streaming services like Netflix.

While I suspect the vast majority of users would stick with the traditional ad-supported model, offering such a paid option would help answer critics by giving users a way to avoid ads and data scraping, and allow the company to build a separate revenue stream.

The freemium model, as this is known, is a tried-and-true business strategy in the tech world. A company offers a free, ad-supported product to casual users in the hopes that they will like the product enough to pay up for a better experience. It's commonly used in apps like dating sites and games, as well as streaming services like Hulu, Pandora, and Spotify. Even The Motley Fool employs a freemium model.

Considering Facebook's popularity among its tech peers, pivoting to such a model wouldn't be such a stretch for the social network. Facebook could also charge less for subscriptions outside of North America, as its ad business is weaker there.

There is one hiccup with the subscription model: In order to keep up its blistering 40%-plus ad revenue growth, Facebook would need to regularly hike subscription rates, making the paid model less appealing.

Facebook's ad business has been so successful that the company is likely reluctant to move away from it, and the $81-per-year price tag that a replacement subscription would carry shows just how valuable its ad business is.