Apple (NASDAQ:AAPL) recently hired a new head of machine learning and artificial intelligence to help the company better compete with its rivals. In fact, its new hire, John Giannandrea, was the former head of search and AI at Alphabet's (NASDAQ:GOOG) (NASDAQ:GOOGL) Google.

Giannandrea was responsible for integrating AI into some of Google's most important products, like search, Gmail, and Google Assistant. He comes to Apple at a time when the iPhone maker is slipping a bit behind some of its peers in the AI space.

Specifically, Apple's Siri -- which was once the leading digital virtual assistant -- has seen its natural-language processing capabilities fall behind those of Google Assistant.

Giannandrea may be able to help Siri get smarter. Hiring such a high-profile AI expert away from Google should certainly help Apple expand its machine-learning capabilities beyond Siri, but the company is going to run into barriers of its own making as it tries to become a dominant AI company. Here's why. 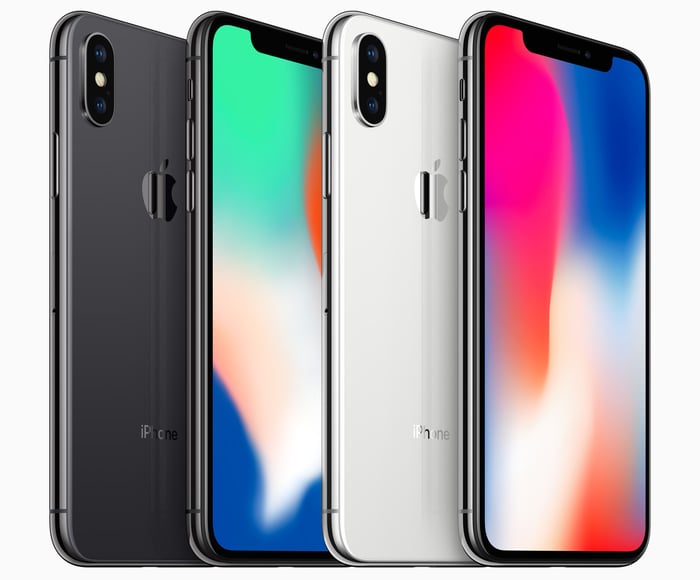 The AI machine feeds on data, and Apple's starving it

One of the ways that machine learning works is by giving computers massive amounts of data they can use to learn from. For example, Google's self-driving company Waymo uses 5 million miles of real-world driving experience and 2.7 billion miles of virtual driving to improve its autonomous vehicles.

Google and Facebook (NASDAQ:FB) have been able to outpace other tech companies in AI because they have access to huge amounts of data. Many of the services Google offers (search, Gmail, and more) provide the company with data it can then use to teach its AI systems. Similarly, Facebook's more than 2 billion users give the company unprecedented amounts of information (which isn't always a good thing, as Facebook is learning) to teach its own AI systems.

Apple, on the other hand, has committed itself to protecting its users' data. In an email to employees about Giannandrea's hire, seen by The New York Times, Apple CEO Tim Cook said: "Our technology must be infused with the values we all hold dear. John shares our commitment to privacy and our thoughtful approach as we make computers even smarter and more personal."

Apple users and investors should be glad to hear this, particularly when Facebook CEO Mark Zuckerberg recently testified before Congress about how his company mismanaged data from tens of millions of its users. Apple is sticking with its ideology of protecting users' privacy.

What that also means is that Apple will likely never have the same access to user data that Facebook and Google have -- and for that reason, it probably won't be able to outpace its AI rivals.

In a recent interview with Recode and MSNBC, Cook said: "We can make a ton of money if customers were our product. We have elected not to do that."

Protecting its users' privacy will probably keep Apple from being able to train its AI systems in the same ways that Google and Facebook do, but investors should keep in mind that it makes enough money already. Sure, this might mean that Apple may not dominate AI, but the company has already proven that it can thrive without having to tap into users' data.