Apple is six times the size of IBM. Does that make Big Blue a better buy?

There was a time, perhaps over 20 years ago, when a retiree wouldn't dream of putting a technology stock in his/her nest egg. "It's too risky," they might think. "I can't afford that kind of volatility," others would say. "I want dividends," still others would protest.

But that was then, and this is now. Many of the world's most important and stable, dividend-paying companies are in the technology sector. Today's matchup of Apple (AAPL -3.00%) and IBM (IBM -2.32%) pits two such companies against one another. 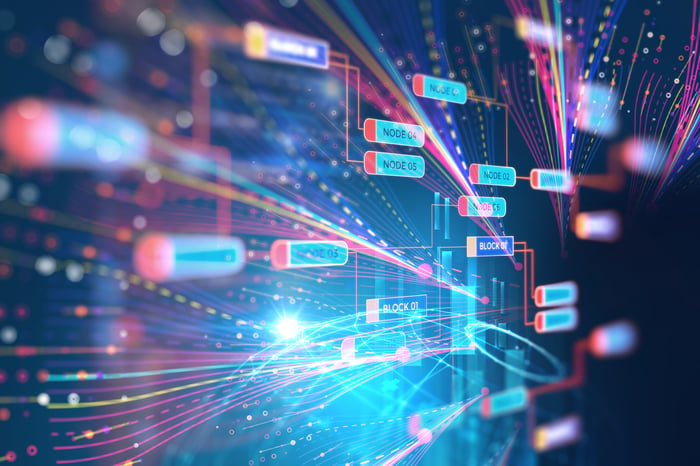 Of course, there's no way to know with 100% certainty which stock will end up being the better investment over the next five to 10 years. But by comparing them on three different facets, we can get a better idea of what we're paying for when we buy shares of either.

The first facet is the most straightforward: financial fortitude. Simply put, we want a company that can not only survive a financial downturn if it happened right now, but could actually grow stronger as a result of it.

How does that happen? When a company has lots of cash, little debt, and healthy free cash flows, it has options. During a downturn, it could buy back its own shares on the cheap, acquire distressed startups for pennies on the dollar, or simply bleed out the competition by undercutting them on price.

Keeping in mind that Apple is valued at over six times the size of IBM, here's how the two stack up.

On this facet, it's easy to declare a winner: Apple. Not only does IBM carry more debt than cash, it is facing off against the company with perhaps the strongest balance sheet in the world -- and over a quarter-trillion in cash waiting to be deployed.

Next we have a murkier variable to assess: valuation. There's no single metric that can tell us if a stock is "cheaper" or "more expensive" than the other. But when we consult multiple data points, including price-to-free cash flow and free cash flow payout, we can get a more holistic view.

IBM is demonstrably cheaper on earnings and free cash flow ratios, and its dividend is over twice the size of Apple's. At the same time, when growth is taken into consideration -- via the PEG Ratio -- Apple appears to be trading at a significant discount to IBM. Apple also has more room to sustainably raise its dividend in the future.

Given these offsetting factors, I'm calling this a draw.

Finally, we have the hardest to determine -- and most important -- variable to consider: sustainable competitive advantages, often referred to as a company's "moat." At its core, a moat is what keeps customers coming back to one company year after year, while holding the competition at bay for decades.

Apple's primary moat comes from its brand strength. There are several companies out there making computers and smartphones, but none with the respect garnered by Apple. According to Forbes, Apple's brand is the strongest in the world -- worth over $170 billion.

But that's not all: Because your iDevices can sync with one another on the iCloud, there are high switching costs built into buying Apple devices as well. And Apple has been able to parlay that into a booming service business.

IBM, on the other hand, is a company in transition. It is getting away from its legacy hardware business and focusing more on services -- particularly big data analytics, dubbed strategic imperatives. Companies that use strategic imperatives also have high switching costs, as they are loath to switch providers when doing so is both costly and risks losing mission-critical data.

That being said, IBM is playing in a crowded field of competent foes, and doesn't benefit from anywhere near the same level of consumer-facing adoration that Apple does.

So there you have it: Both stocks are reasonably priced, but Apple's moat and financial strength put it on top of Big Blue.