Streaming music has become big business, and it isn't slowing down.

Revenue generated by paying subscribers jumped 48% year over year for the first half of 2017, and it accounted for 62% of total industry revenues, according to figures provided by the Recording Industry Association of America. The biggest beneficiary of that trend thus far has been industry leader Spotify (NYSE:SPOT), with 71 million paying subscribers, about twice that of its nearest competitor.

The company's position at the top of the streaming music heap may be in jeopardy, however, as significant competition is coming along and gaining traction. Apple (NASDAQ:AAPL) recently revealed that its music service has surpassed 40 million paying customers, gaining 4 million new subscribers in the past two months alone.

But Apple isn't the only would-be competitor reporting significant subscriber growth -- now Amazon (NASDAQ:AMZN) is getting into the game. 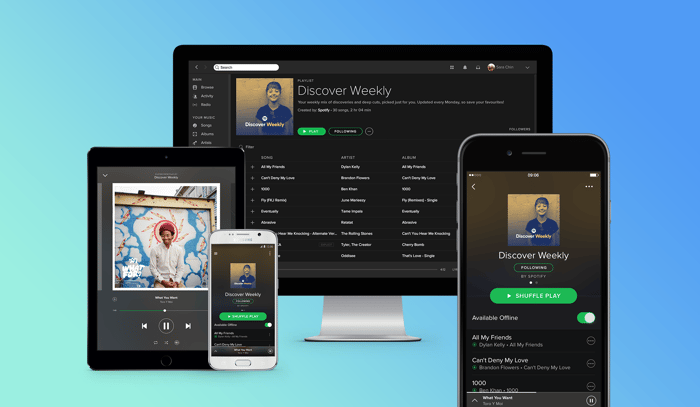 Your margin is my opportunity

Amazon Music VP Steve Boom said the company has "tens of millions" of listeners, and that Amazon Unlimited Music subscribers have more than doubled in the past six months, according to an article in Billboard. It's important to note that in typical Amazon fashion, he didn't say just exactly how many customers the service has.

Boom said the secret to Amazon's success has been reaching previously untapped demographics that fall outside the typical music streamer, with the adoption of smart speakers acting as a catalyst. The Echo's simple voice control has attracted older, late adopters that may not be as tech savvy. It has also attracted country-music fans, according to Boom. He said that Amazon's country music selections are streamed at 2.5 times the industry average.

Alexa, are you Amazon's Trojan horse?

Amazon is interested in getting its Echo smart speaker into the hands of as many consumers as possible -- and with good reason. Independent research has shown that Echo owners tend to outspend other customers on the company's e-commerce website. While non-member customers spend on average $700 per year, and Prime customers spend $1,300 annually, Echo owners outspend both, averaging $1,700 per year, according to Consumer Intelligence Research Partners.

That same dynamic appears to be benefiting Amazon Music.

Additionally, while the standard price of $9.99 is comparable to that of Apple Music and Spotify, Prime customers get a discounted rate of $7.99 per month, a 20% savings. Those customers that are also Echo owners get an even sweeter deal, at only $3.99 per month -- a 60% savings. For these customers, it's easy to spend an extra $4 per month to stream music on a device they already have. The company also offers a $14.99 family plan and a $4.99 student plan

The correlation between Echo and streaming music recently became apparent in an announcement by the company. Amazon said it was expanding availability of Amazon Unlimited to 28 new countries, while also revealing "Amazon Echo will begin to ship to these [same] new countries, enabling customers who purchase devices the ability to experience Amazon Music Unlimited." 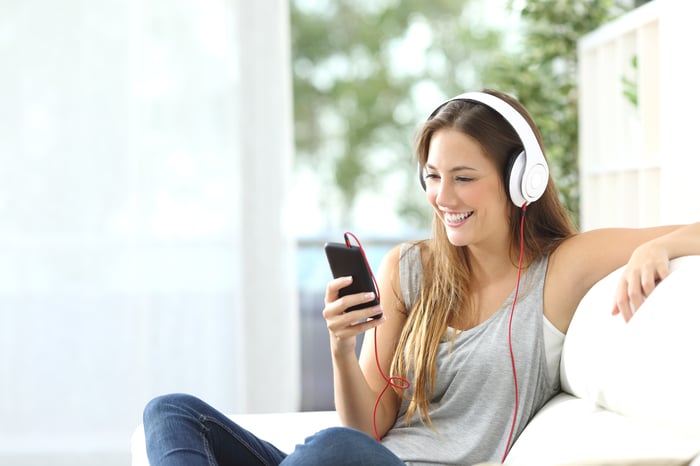 The worldwide music streaming market is expected to grow to $9.7 billion by 2022. More than two-thirds of listeners are under the age of 40, and the majority are 25-34 years old. While there is still a large untapped pool of millennials, there is also much greater growth potential among adjacent demographics.

Spotify most recently reported 71 million paying members to Apple's 40 million, and now Amazon say it has "tens of millions of members," yet those numbers may be just a drop in the bucket.

In a talk at South by Southwest, Eddy Cue, Apple's senior VP of internet software and services said, "There are easily 2 billion people in the world who can afford to pay for some level of music, yet Spotify and Apple Music combined have only around 100 million subs globally.

These numbers only reinforce the point that streaming music is just getting started and the biggest cache of listeners is still up for grabs. Unfortunately for Spotify, big tech has decided it wants in on the action too.