Microsoft's (NASDAQ:MSFT) HoloLens, which projects digital objects onto real world surfaces, is often considered the next big platform for the augmented reality (AR) market. However, the developer version of HoloLens still costs $3,000, and Microsoft still hasn't set a timeline for its consumer release.

That delay has left the door open for smaller companies to launch innovative new AR devices. One such company is Leap Motion, a start-up that specializes in hand-tracking technologies for the AR market. The company has raised $100 million since it was founded in late 2010, and it recently launched a prototype reference design headset called Project North Star. 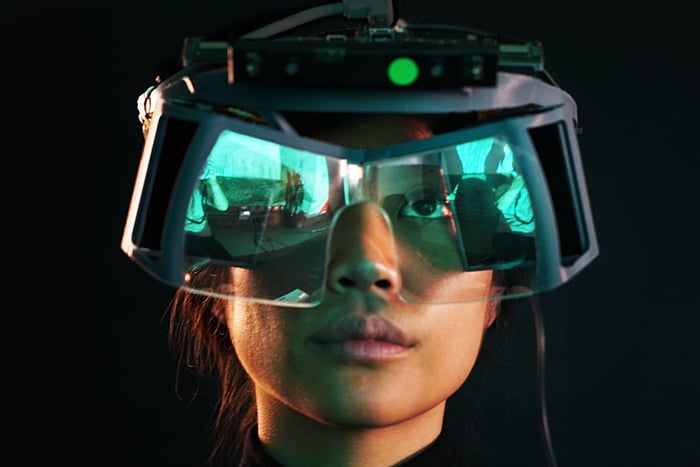 The setup sounds pricey, but Leap Motion claims that it can be built for under $100 at scale thanks to the simplicity of its optical system. The company doesn't plan to commercialize the headset yet, but its technology could shake up the AR headset market for companies like Microsoft.

Why was the HoloLens delayed?

When Microsoft unveiled the HoloLens in early 2015, tech enthusiasts were floored by its holographic demonstrations of Minecraft and other 3D applications. Microsoft's subsequently introduced "holographic" features for Windows 10, indicating that the HoloLens could eventually replace the mouse or keyboard.

In 2016, Microsoft launched the development kit version of the HoloLens, which cost $3,000. A "Commercial Suite", which includes enterprise features, costs $5,000. Last year, reports indicated that Microsoft wouldn't launch a new version of the HoloLens until 2019, and it wasn't clear if the update would be aimed at mainstream users. Microsoft reportedly delayed the new version so that it would seem like a significant generational upgrade over the original. 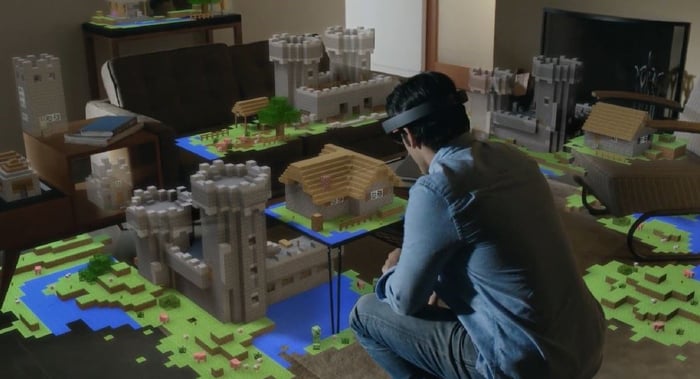 Meanwhile, Microsoft partnered with several hardware partners to launch cheaper "mixed reality" headsets focused on the AR/VR market. These headsets feature similar controls as the HoloLens, and could train mainstream consumers to use the higher-end AR device when it finally launches.

But Microsoft could fall behind in the AR market

Microsoft's cautious approach with the HoloLens is understandable, since it doesn't want the device to suffer the same fate as the Kinect body sensor for the Xbox 360, Xbox One, and Windows devices. The Kinect was revolutionary, but a lack of compelling software turned it into an overpriced and unnecessary accessory.

However, Microsoft's "wait and see" approach could cause it to fall behind the tech curve. Leap Motion's Project North Star demonstrates that components for AR headsets are getting cheaper, while motion sensing and optical technologies are improving. If a start-up with $100 million in funding believes that it can produce $100 AR headsets, then imagine what companies with deeper pockets could do.

One such challenger is Alphabet (NASDAQ:GOOG) (NASDAQ:GOOGL)-backed Magic Leap, which has received $2.3 billion in funding from a wide range of investors. The company plans to launch its Leap One AR headset, which resembles a pair of goggles, later this year. Alphabet's Google also recently launched a second version of Google Glass for enterprise users. 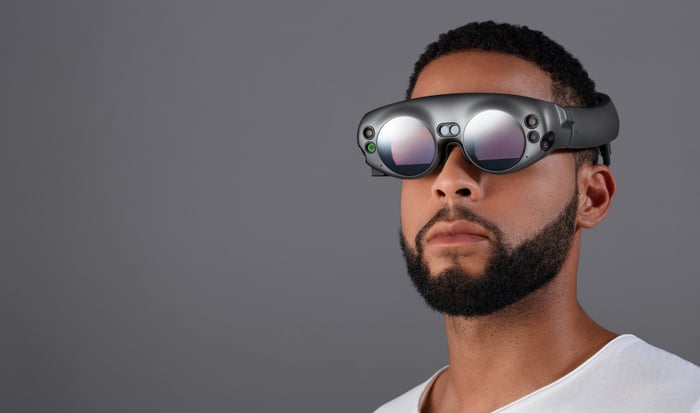 Apple (NASDAQ:AAPL) has also made a list of AR-related acquisitions, and leaked patents indicate that it's developing an AR-headset that could be paired with iPhones. The tech giant's ARKit software also lets developers easily create AR apps for iOS devices.

Will Leap Motion (or other companies) steal Microsoft's thunder?

Microsoft still has a first mover's advantage in the AR market. But recent developments indicate that more AR devices could hit the market before the next HoloLens arrives, while start-ups like Leap Motion and Magic Leap could revolutionize the development of AR hardware.

If Microsoft doesn't stay in the game by buying promising start-ups like Leap Motion, it could fall behind and lose a next-gen market it helped create.