Please ensure Javascript is enabled for purposes of website accessibility
Log In Help Join The Motley Fool
Free Article Join Over 1 Million Premium Members And Get More In-Depth Stock Guidance and Research
By Rick Munarriz – Apr 16, 2018 at 8:37AM

There was no major news breaking on iQiyi to make it one of last week's biggest gainers. Favorable momentum appears to be building ahead of the window that will open later this month for underwriters to initiate likely bullish coverage of the company. iQiyi hasn't announced a date for its first-quarter results, but if it follows parent Baidu, it will likely put out its report in two weeks. 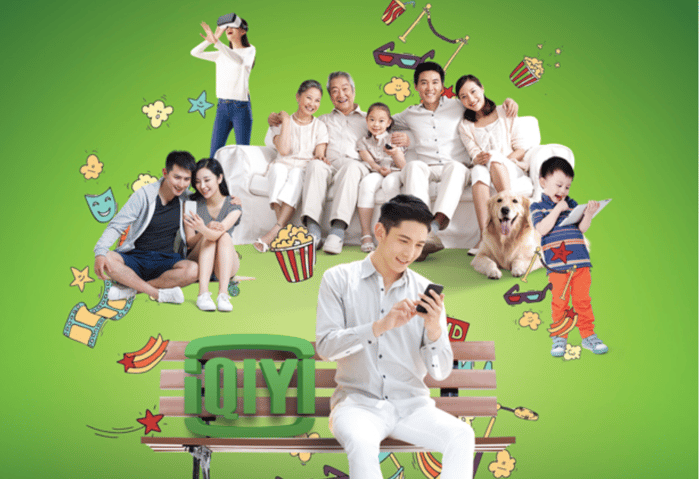 We're just spitballing here, but investors charging back into the stock at price points below what prized institutional clients were paying a couple of weeks ago -- at least while it was still a broken IPO until Wednesday -- seems like a smart move. Underwriters that handed over shares in the $2.25 billion offering at $18 will probably initiate coverage with positive perspectives, and then it will be to iQiyi to earn it in its first quarterly report as a public company.

There's a lot to like with iQiyi. It's China's leading streaming site when it comes to monthly active users and overall time spent on platform. Growth in premium subscribers has been impressive with a nearly fivefold advance over the past two years, even if just 12% of iQiyi's more than 421 million monthly active users are paying accounts.

Spinning off iQiyi wasn't an exit strategy for Baidu. It actually subscribed to snap up 8.3 million of the 125 million depositary shares offered in the IPO. Baidu will continue to ride the success of iQiyi's growth, but the deconsolidation will help it skip over the chunky deficits at iQiyi.

The deconsolidation is as good a segue as any to bring up the dark side of iQiyi: the mounting deficits. Losses have widened over the past two years. It's not cheap to serve up chunky video files in China, and premium subscribers and advertisers aren't willing to pay the kind of ransoms that we see with stateside platforms. iQiyi topped $1 billion in subscription revenue in 2017, but that translates into an average of roughly $2 a month per paying account (using the midpoint of its pay subscriber count that rose from 30.2 million to 50.8 million as the year played out). Ad revenue also topped $1 billion last year -- $1.254 billion, to be exact -- but that's a modest haul for a platform attracting more than 421 million monthly active mobile users with 126 million of them checking in on any given day.

Analysts also see top-line growth continue to decelerate. We're just starting to get Wall Street models on iQiyi, but the early read is that revenue is expected to climb 46% this year and 34% come 2019. That shouldn't be a deal breaker, and obviously those targets will change if iQiyi is able to ramp up its premium subscribers or distance itself from the competition. iQiyi stock finally had the breakout performance Baidu and others were hoping for two weeks earlier, but better late than never as we head into the telltale earnings season.