Something Intel (NASDAQ:INTC) has been quite vocal about is its Internet of Things business. This business of Intel's sells processors and related hardware and software technologies into several big segments, like retail, automotive, industrial, and smart cities.

This business is nice for Intel for a few reasons: It's exposed to many growing markets, and it leverages much of the core technology that the company already develops for other businesses, which allows the segment to be quite profitable (though as Intel broadens the scope of this business, it's having to make more segment-specific investments). 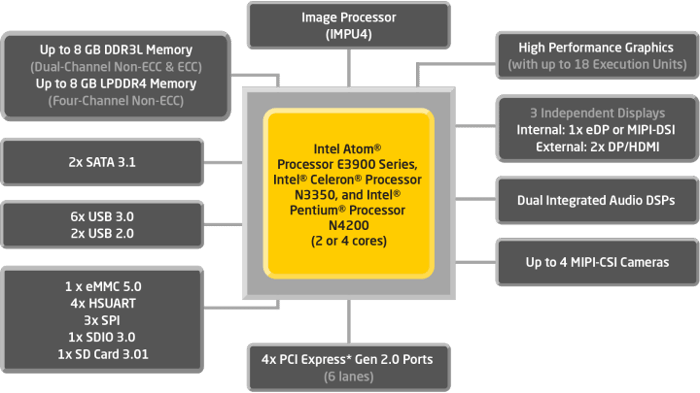 In this column, I'd like to go over how this business performed for the chip giant in 2017.

In 2017, Intel's Internet of Things Group (IoTG) generated $3.2 billion in revenue, a $531 million increase year over year, which works out to 23% growth. The company says this growth was broad based, with growth happening in its retail, industrial, and smart video sub-segments within IoTG.

Of that $531 million in revenue growth, $329 million of that came from increased "platform unit sales" (in other words, processors and related chips), while a whopping $176 million came from "adjacent products," which included $74 million from what Intel refers to as "milestone-based revenue.

This growth is particularly impressive because it represented an acceleration from the roughly 13% revenue growth the company saw last year. An accelerating growth rate off of an already high base is nothing short of impressive.

Although revenue grew by an eye-popping $531 million year over year, operating income for this segment grew by just $65 million to reach $650 million. This means operating margin for this segment -- that is, the percentage of the segment's revenue that translated into profit -- dropped from around 22.2% to about 20.5%.

That reduction in operating profit margin, Intel explains, is due to two key factors.

The first is "higher investment in growth areas such as automotive." While Intel's IoTG has historically leveraged a lot of technology from other business units -- something it'll likely continue to do well into the future -- some of the new areas that Intel is going after will require more specialized chip, related platform, and software designs that'll only really be applicable to IoTG.

It's not surprising to see that as Intel's ambitions in the Internet of Things markets grow, the need for more specialized technology development increases.

Next, according to Intel, IoTG now carries "increased share of technology development and [marketing, general, and administrative] costs."

In other words, because IoTG is becoming a larger part of Intel's overall business (though at $3.2 billion in sales during 2017, it still made up about 5% of the chip giant's total revenue), a higher percentage of the fixed development costs for technologies that every Intel business unit shares gets allocated to IoTG.

For that bit, Intel's overall spending hasn't changed, but how Intel accounts for it for the purposes of computing operating income in each of its business units has.

Intel's IoTG performed quite well during 2017, with revenue growing at an accelerated clip and operating profit moving up, even if it was slower than overall revenue growth thanks to increased operating expenses. This is a segment that's large today and that could be a significant growth driver for the company (especially if its bets in, say, the automotive market pay off) long into the future.