Stock in the advertising dynamo retrenches after a strong performance in February.

I could have just as easily headlined this article, "Why Shares of Trade Desk Fell Only 12% in March." Trade Desk shares have gained 41% over the last 12 months -- a handsome return -- but they've exhibited extreme volatility at several points during this period: 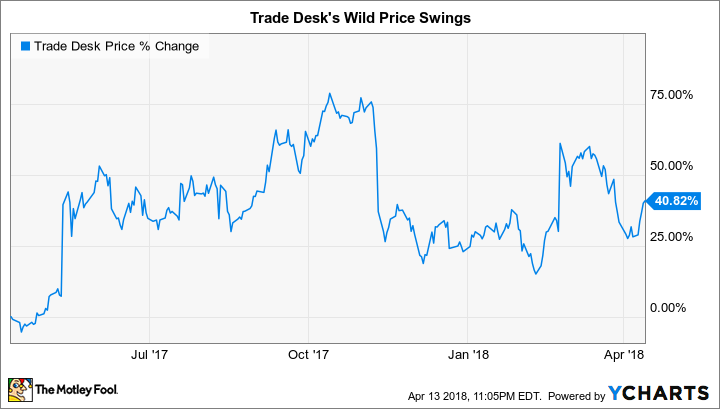 In March, shares gave up some of February's impressive gains, which were achieved by dint of a strong fourth-quarter 2017 earnings report, released on Feb. 22. Trade Desk stock soared 24% in the trading session after the earnings release. Revenue increased 42% over the fourth quarter of 2016, to $102.6 million, powered by a trend several quarters in the making: Gross spend, a measure of the total expenditure by advertisers on Trade Desk's platform (including Trade Desk's fees), jumped 55% during 2017.

The company's management is keen to maintain its leadership in programmatic advertising, though this comes at the expense of near-term profit. Thus, while Trade Desk's top line is expected to advance by nearly one-third in 2018 to $403.0 million, management forecasts that adjusted EBITDA will reach just 29% of annual revenue. 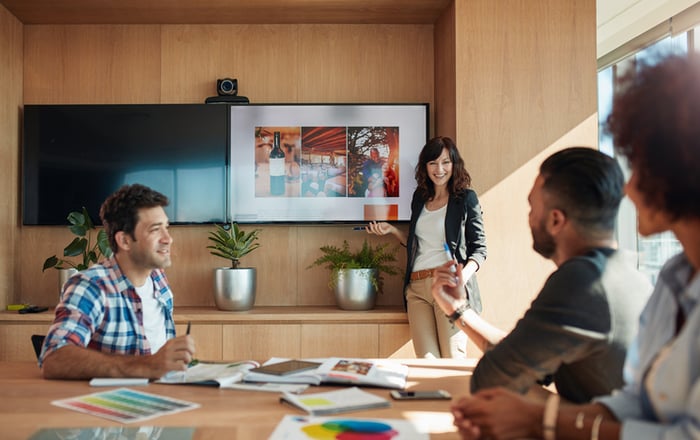 Trade Desk's stock price pattern is likely familiar to those who habitually invest in small tech companies exploiting a market niche. Sentiment seems to swing between a celebration of revenue growth, and skepticism over future profitability levels. Hence Trade Desk's stock retrenchment in March after a total appreciation of 16% in February.

Shareholders can expect further volatility as management continues to chase expansion. In the words of CEO Jeff Green during the organization's February earnings conference call, "Now is the time to invest, to grab market share and revenue, and The Trade Desk will do so in 2018 and beyond."