Please ensure Javascript is enabled for purposes of website accessibility
Log In Help Join The Motley Fool
Free Article Join Over 1 Million Premium Members And Get More In-Depth Stock Guidance and Research
By Sean Williams – Apr 17, 2018 at 9:06AM

Last year, the cryptocurrency market was on fire. From beginning to end, the aggregate value of digital currencies soared by almost $600 billion, which in percentage terms was more than 3,300%. And at the center of it all was the emergence of blockchain technology.

Blockchain is the digital, distributed, and decentralized ledger that underpins most cryptocurrencies and is responsible for recording all transactions in a transparent and immutable (i.e., unchanging) manner. In particular, blockchain allows financial transactions to be processed without financial institutions acting as third parties. 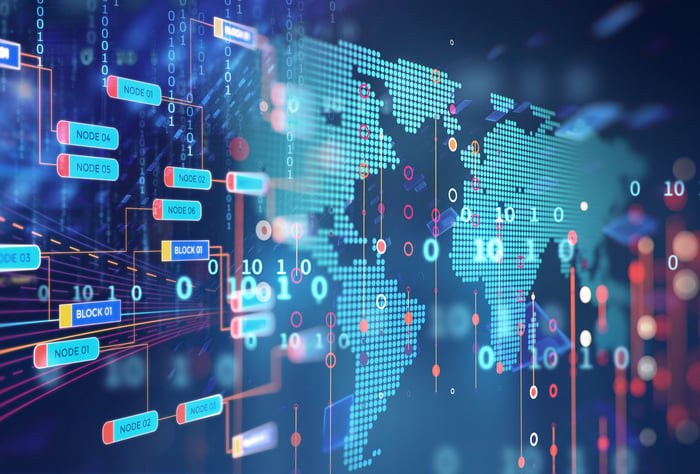 The evolution of blockchain is the result of perceived inefficiencies with the current banking system. In particular, there's the belief that financial institutions are pilfering fees by acting as third parties, as well as performing a disservice to retail and enterprise customers by taking up to five business days to validate and settlement payments -- especially those that move across borders.

Blockchain technology offers three perks to the financial services industry. First, it's decentralized, meaning transaction data is stored on computers all over the globe, rather than a central hub. This is done to ensure that no single entity, including hackers, can gain control of a network. Second, it makes transactions about just a sender and receiver of funds, cutting banks out of the equation, and likely reducing transaction fees in the process. Finally, it offers the ability to process transactions in real time, or within a matter of a few seconds or minutes, rather than waiting days under the current system.

It's also worth pointing out that while blockchain was first and foremost devised to help the financial services industry, it has an ever-growing number of real-world applications in the non-currency setting.

This money center bank has welcomed blockchain with open arms

The real measure of blockchain's game-changing potential has been the sheer number of projects and partnerships being conducted by big businesses and global organizations. For instance, the Enterprise Ethereum Alliance (EEA), the world's largest open-source blockchain initiative, is now over 250 members. In fact, one of the EEA's founding members, Spanish banking giant Banco Santander (SAN 0.43%), looks to be among the most willing adopters of blockchain technology within the financial sector. 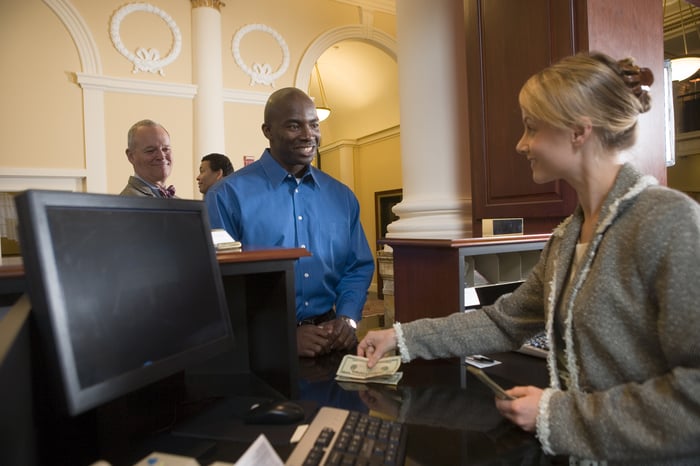 Even though blockchain really took center stage in 2017, Santander has been tinkering with it for many years. As a co-founding member of the EEA with other major global banks, Santander notes that it has been examining the use of smart contracts -- protocols that help facilitate, verify, or enforce the negotiation of a contract -- for "real, enterprisewide, commercial applications" for some time.

Banco Santander really made a name for itself in November, when it and American Express (AXP -2.09%) announced a cross-border, real-world test with Ripple. Whereas most cryptocurrencies, such as Ethereum, focus their blockchain technology on currency and non-currency applications, Ripple is a for-profit company that's all about promoting its blockchain software to the financial services industry. According to the announcement, American Express users who send non-card payments to U.K. Santander accounts over AmEx's FX International Payment network will have those transactions routed through Ripple's blockchain, which should lead to almost instantaneous validation and settlement. It would certainly knock the socks off the multiday wait time such a transaction would typically take to validate and settle.

Just this past week, Banco Santander also announced the launch of "Santander One Pay FX," a new blockchain-based service that utilizes Ripple's xCurrent technology to expedite the processing of international money transfers. Initially, customers in the U.K. will be able to send euros to 21 European countries, and dollars to the U.S., while customers in Spain will be limited to sending dollars to the U.S. and pounds to the U.K. In Brazil and Poland, Santander customers will be able to send pounds to the United Kingdom. Santander expects to expand this program in the months to come to meet the growing needs for fast, transparent, and reliable international money transfers.

However, before we anoint blockchain as the greatest thing since sliced bread, let's set a few things straight. 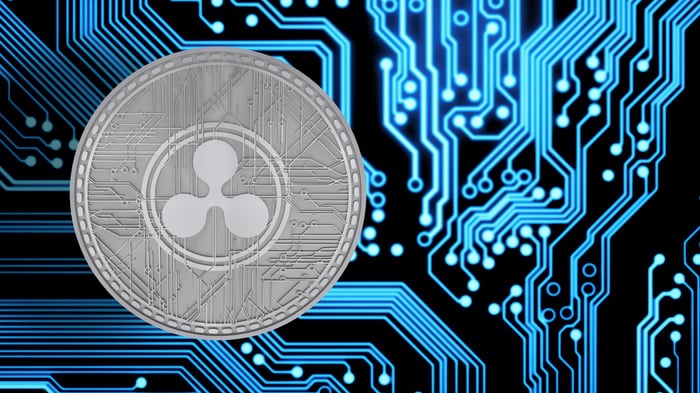 To begin with, while blockchain has performed admirably in demos and small-scale projects, it's only been tested on a limited basis in the real world. This creates what's known as the proof-of-concept conundrum. In other words, big business are unwilling to abandon their existing payment network for blockchain because there's nothing to demonstrate that blockchain can handle being scaled. Yet, the data needed to demonstrate this is only achievable if businesses are willing to take a chance on the technology. Banco Santander is among the first to give it a real-world try, but we'll need to see a lot more real-world application before there's any chance of widespread uptake.

Another issue is that it's not exactly a near-term needle-mover for businesses or investors. Though blockchain technology is novel, it's not going to significantly reduce costs for big banks or improve cash flows to the point where it's going to be recognizable in earnings reports anytime soon.

While we're on the subject of investing, Ripple's investors could be disappointed, too. Buying into the XRP (Ripple's virtual coin) might seem like a smart way to take advantage of new banks partnering with the company. In particular, Ripple's xRapid service utilizes the XRP to improve on-demand liquidity solutions for money-transfer services. Yet, buying into Ripple's virtual coin gives investors no ownership whatsoever in the underlying blockchain, which is where the real value lies. This misconception could come back to haunt a lot of cryptocurrency investors -- and not just Ripple's!

Though I remain excited about the long-term prospects for blockchain, I'm also steadfast in my belief that near-term expectations are overinflated. In other words, keep cryptocurrencies out of your portfolio and focus on tangible fundamentals for publicly traded companies like Banco Santander.