While most housing data shows that spring and summer are the ideal selling seasons, a new report from Zillow found that the first two weeks of May are the prime period for U.S. sellers to list their homes. In fact, listing your house during that time could speed up your sale, and earn you an average of $2,400 more than if you did so at a different time of the year.

"Nationwide, the best two-week window for home sellers is the first half of May -- U.S. homes listed in the May 1-15 period generally sell almost two weeks faster than the average listing in the year, and command a final price $2,400 more, on average, than listing at other times," a press release about the study said.

Of course, local housing markets vary, so early May is not the very best time of the year for everyone to list their home. As Zillow also noted, breaking matters down by metropolitan area, the first two weeks of May were the best time to list in 14 out of 24 large U.S. housing markets. So, for example, the ideal period to list a home in Pittsburgh was the last two weeks in March, while in St. Louis, it was the first half of June. 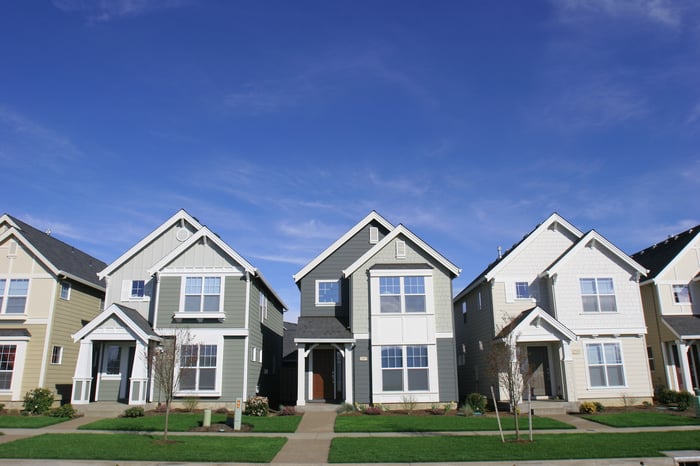 Why some homes earn more in May

Home inventory is down 8% from a year ago and the housing supply has declined for 33 consecutive month as of February, according to Reuters. Zillow notes the shortage of homes for sale means buyers may take a little longer trying to find what they're looking for -- and may spend more money when they find it.

"As they linger later into the season, these buyers may end up spending more than they intended as they get wrapped up in competition and/or rush to conclude a deal before the summer months," the study said. "This means late-spring listers can capture these perhaps frustrated buyers more quickly, and earn an additional premium."

Of course, sellers will make more, or less, based on their local housing markets. Home sellers in San Francisco will see the biggest benefit by listing within their "magic window" of time and earn about $15,300 more. Sellers in Dallas may only make $1,400 more during the peak-listing time frame, according to Zillow.

If you're thinking about selling soon, you might want to get the ball rolling now. Zillow says it takes an average of two months to get your home ready to sell. Finding the right real estate agent could take some time, as will doing some repairs around the house and improving your home's curb appeal. If you need a few more tips on how to sell your home quickly, check out these suggestions. Of course, you don't have to list your house in May to make a great sale, but grabbing any advantage you can when selling your home is never a bad idea.